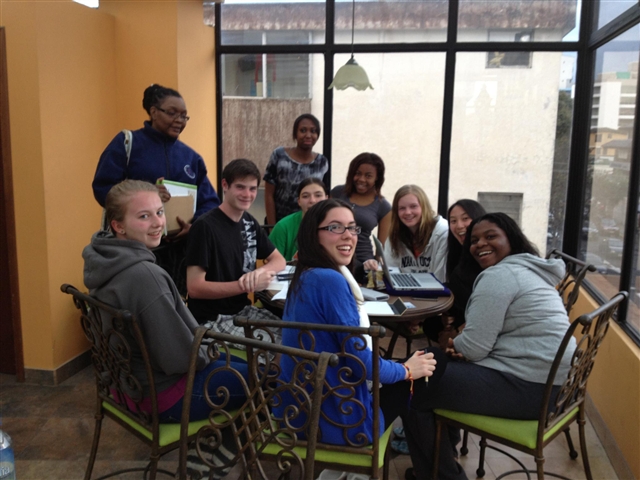 YAMs enjoy some time to have dinner, and even do some homework, after their first day in Ecuador.

The first day the YAMS meet with each other after the last meeting in New Rochelle. We bonded with each other very well, and it was all during our six hour layover in Bogota, Columbia. However, it never did feel like six hours; it felt more like three hours of laughing, playing cards and telling jokes as well as sharing information about one another. Although we didn’t and still do not remember each other’s names, the way we communicated in Columbia with each other was as if we knew each other for a while. We’ve experienced lots of things and the most interesting to me would have to be receiving the pesos, which is Columbian money. After a long day of traveling we finally arrived at our hotel, Hostal La Carolina where we received our roommates. One thing I think was really great was that no one complained about who their roommates were, which was because we were all concerned about who would be receiving the room with three roommates.