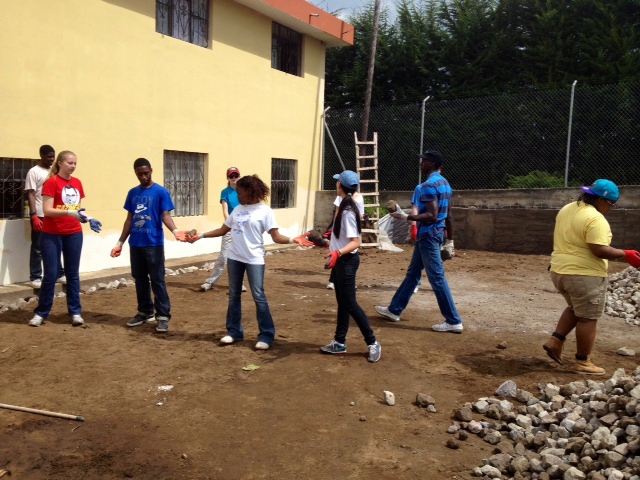 Today was the second day of work at the church. We were broken down into teams and given different assignments to work on. I was put on the #trenchteam and we were to build a long trench in the road next to the church. The work was really hard, but my team was fantastic. Gaius would take the pick axe to the ground and break up the dirt and concrete, and then Stefanie, Kyshaun and I would shovel it away. Pastor Oscar thought the project would take us the entire day, but with lots of effort we finished it in just two and one half hours. The local were really helpful and hardworking. As we were digging, we accidently hit a PVC pipe and broke it…later it turned out to be fine but it really scared us! After we were all done, they laid down a pipe and we had to fill the trench back in, we were all really disappointed because digging it out had been so difficult. We put in enough dirt to cover the pipes “so that no one could steal them” and we will complete the task tomorrow.