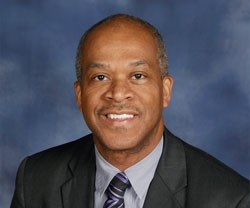 Reverend Noel Chin has a distinguished resume within the UMC.

A graduate of Candler School of Theology at Emory University in Atlanta, GA., Rev. Chin served as district superintendent of the Metropolitan District from 2003-2011. In his previous assignments with congregations in Manhattan and the Bronx, Rev. Chin showed a commitment to growth wherever he served.

Rev. Chin currently chairs the Commission on Equitable Compensation and the Bishop’s Convocation Committee. He serves as the registrar of the Committee on Ordained Ministry and is a member of the Nominations Committee. In addition, he is the secretary of the Board of the United Methodist City Society.

Rev. Chin is fluent in Spanish and French, and he continues to be motivated by this challenge:

”To serve the present age, my calling to fulfill
O may it all my powers engage to do my Master’s will!”  (Charles Wesley , UMH #413)