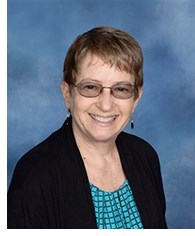 Reverend Dawn Richards comes to the New York Annual Conference from the Oklahoma Annual Conference, where she served local churches for 22 years. She is passionate about social justice, rural ministry, pastoral care and spiritual formation.

Rev. Richards is a graduate of the Pacific School of Religion; she earned a Master of Divinity (M.Div.) in 1985 and was ordained an elder in 1987. She worked in pastoral counseling for eight years before returning to pastoral ministry.

Rev. Richards has been involved in the Upper Room Academy for Spiritual Formation in a variety of ways. She attended numerous Five-Day Academies and the Two-Year Academy, and in 2018 she served on a team for the Oklahoma Five-Day Academy.

She also completed Heartpaths Spirituality Centre’s Spiritual Direction Training and served as a staff member there for several years.

Rev. Richards has a daughter and son-in-law living in New York City.