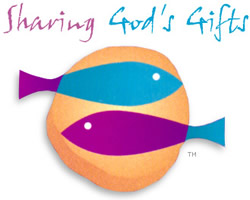 What is Connectional Giving?

What is connectional giving? It’s as simple as people coming together, combining their money to accomplish something bigger than themselves. United Methodists support apportioned and designated funds through their connectional gifts.

The General Conference establishes budgets for the denomination’s general funds. These are divided among annual conferences, based on a specific formula. Each annual conference, using its own approved formula, divides these fund requests, along with conference administrative and benevolence fund requests, among local churches. In addition, individuals, local churches, districts and annual conferences may make monetary gifts to the designated funds, of which 100 percent goes directly to a specific project or ministry. Together, apportioned and designated funds represent our connectional giving.

By combining several smaller gifts into a larger amount, we can effect change across the world. Individual churches can minister to a small area; however, as a connectional church, we can do big things, all in the name of Jesus Christ.

One word unique and basic to United Methodism is “connectionalism.” That means simply that all United Methodist leaders and congregations are connected by certain loyalties and commitments that call us to live in covenantal accountability and empower us to be in ministry around the world.

The United Methodist Church, which began as a movement and a loose network of local societies with a mission, grew into one of the most carefully organized and largest denominations in the world. The United Methodist structure and organization was designed to accomplish John Wesley’s goal of spreading “Scriptural holiness” over the land.

United Methodists may be amazed at the many organizational layers of church life, but members of other denominations have been heard to say: “If you want something done, get the United Methodists to do it.” Followers of the Wesleys are indeed “methodical” about their approach to mission and ministry.

One reason United Methodists can do great things is the church’s emphasis on “connectionalism.” Sometimes United Methodist leaders speak of the denomination as “the connection.” This concept has been central to Methodism from its beginning.

No local church is the total body of Christ. Therefore, local United Methodist congregations are bound together by a common task and common governance that reach out into the world. United Methodist churches and organizations join in ministry with each other and with other denominations.

Connectionalism comes to life through the clergy appointment system, through the outreach United Methodists do together and through giving.

An example of connectional is Africa University, founded by The United Methodist Church in 1992 and already changing the face of the continent. No one congregation could have developed the university, but together we make a tremendous difference!