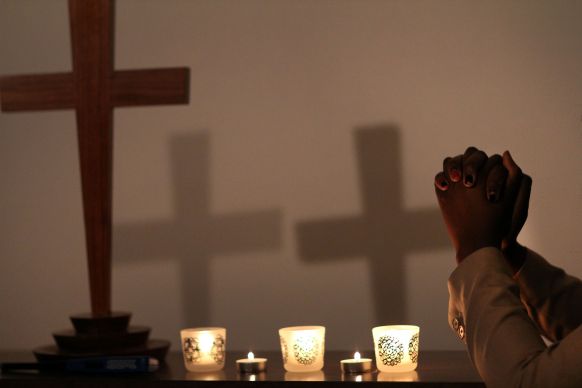 Prayers are being asked for United Methodist-affiliated Paine College in Augusta, Ga., where two shootings have occurred within 24 hours.

The president of United Methodist-related Paine College in Augusta, Ga., is asking for prayers after campus shootings this week that resulted in one student in the hospital and another in police custody.

“The investigation is still ongoing,” said George C. Bradley, the college’s president. “Without all the information, we are taking every precaution. Safety is the primary concern. We’re in communication and we’re working with Richmond County police.”

United Methodist active bishops and agency executives, meeting this week for a spring retreat in St. Simons, Ga., joined in prayer Tuesday, May 6, for the Paine College community.

Shots were fired at a men’s residence hall on Sunday, May 4, and a student — whose name has not been released — was injured by debris from a blast through the wall, according to the Atlanta Journal-Constitution.

Another shooting occurred at 1 p.m. ET Monday, May 5, in the campus’ administration building that left 21-year-old JaJuan Baker, a junior, hospitalized with life-threatening injuries. Bradley who visited with Baker and his family on Monday night, said the student is now expected to make a full recovery.

The campus was on lockdown for two hours after the Monday shooting until authorities found the suspect in a dorm, Bradley said. Nearby Georgie Regents University also went on lockdown.

Law enforcement arrested Xavier Deanthony Cooper, a 20-year-old sophomore, and he was booked into the Richmond County Jail on Monday night. Bradley said law enforcement believe Monday’s shooting resulted from an altercation between the two students.

The Richmond County Sheriff’s Office confirmed law enforcement is still investigating the two shootings and searching for two men who also may have been involved.

The campus canceled a planned prayer vigil on Tuesday, May 6, to not interfere with authorities, Bradley said. The president said administrators also are considering closing the campus the rest of the semester, which was originally scheduled to conclude in a week.

However, he said this year’s graduation is still scheduled for Sunday, May 11, but with metal detectors and Richmond County law enforcement on hand. Seniors had taken their final exams before the shootings.

Since the shootings, Bradley said campus leaders have alerted parents and brought counselors to help students, staff and faculty. The campus, about two hours east of Atlanta, has about 800 students.

“Just keep us in your prayers,” Bradley said. “That’s the important thing.”

*Hahn and Gilbert are multimedia news reporters for United Methodist News Service. Contact them at (615) 742-5470 or newsdesk@umcom.org