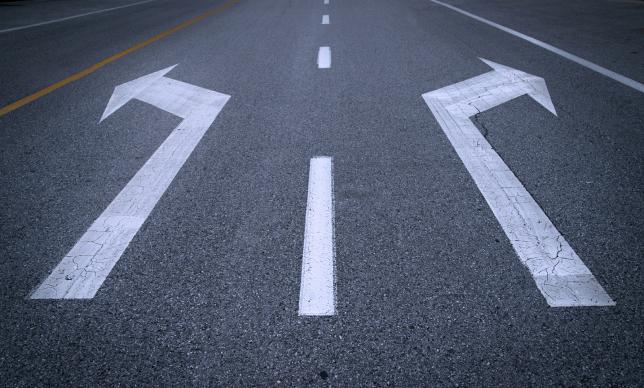 Lots has been happening related to church unity and the struggle over church teaching on homosexuality.

The latest talk of “an amicable split” along progressive and conservative lines is not new for The United Methodist Church.

Russell E. Richey documents the church’s historic divisions in a 1999 book, “Questions for the Twenty First Century Church.” The Rev. Robert Williams, top executive of the Commission on Archives and History, recommends Richey’s chapter “Is Division a New Threat to the Denomination?” as one of the best essays on historic schisms within Methodism.

“Division and culture wars have been a constant feature of Methodist denominational life. … Conventional wisdom has a short memory,” Richey, dean emeritus of Candler School of Theology and author of several books on the history of The United Methodist Church, concluded at the end of that chapter.

When Richey’s book debuted, Jimmy Creech, a pastor in the Nebraska Annual (regional) Conference had just been  stripped of his credentials after being convicted of officiating at a same-gender ceremony. At that time, there were dire predictions then that the church would split along conservative and liberal lines.

Discussions of division at the 2004 General Conference, the denomination’s lawmaking body, led to the passage of a unity resolution.

But while talk of division isn’t new, the stress level does seem high. Much has been happening related to church unity and the struggle over church teaching on homosexuality.

Here is a survey of recent developments:

Into the fray come eight bishops from across the theological spectrum with a new book from Abingdon Press: “Finding Our Way: Love and Law in The United Methodist Church.” Like the church members they lead, the bishops have differing perspectives on the divisions within the denomination, and they suggest different ways forward. None of the bishops proposes the disintegration of the denomination.

“Perhaps the result of the current turbulence and division over a range of issues will lead to schism,” Job and Alexander told United Methodist News Service. “We hope not and do not see how drawing lines in the sand and choosing sides represents the best of our calling or our promise as the church of Jesus Christ.”

On May 22, a group of 80 United Methodist pastors and theologians in a press release suggested just that — an amicable split of the denomination — saying differences over homosexuality and other issues are irreconcilable.

WHAT DOES THE CHURCH SAY

The United Methodist Book of Discipline, the denomination’s law book, since 1972 has proclaimed the practice of homosexuality “incompatible with Christian teaching.” The book prohibits United Methodist churches from hosting and clergy from performing “ceremonies that celebrate homosexual unions.”

The 2012 General Conference, when it met April 24-May 4 in Tampa, Fla., rejected efforts to change that language, including a proposal to say the church was in disagreement about homosexuality. General Conference, the denomination’s top lawmaking assembly, will next convene in 2016.

Officiating at same-sex unions is a chargeable offense under the Book of Discipline. Clergy convicted in a church court can face a loss of clergy credentials or lesser penalties. However, church law does not censure those who disagree with church teaching on this matter — only those who actually take actions that violate church law.

The Book of Discipline states that marriage is between a man and a woman. It also affirms that all people are of sacred worth, that all are in need of the church’s ministry, and that God’s grace is available to all. The church implores congregations and families not to reject gay and lesbian members and friends.

The group makes clear its support for the church’s current official positions on homosexuality, including that marriage should only be between a man and a woman, but says its disagreements with “progressives” go further, including to whether the Bible is the infallible word of God.

On May 7, a group of more than 50 San Antonio area pastors  released a similar statement, saying the depth of division runs deeper than the disagreement about what the Book of Discipline says about homosexuality.

“In truth, we are divided over much more than human sexual ethics. We are divided over the authority and role of Scripture, the nature and person of Jesus Christ, and the meaning of our commitment to classic Wesleyan holiness. Traditional Methodists are finding it increasingly difficult to support a denomination that seems incapable of faithfully living out a commitment to these foundational beliefs,” said the Rev. Leslie Tomlinson, pastor of Lutie Watkins Memorial United Methodist Church, Llano, Texas, in a statement released by the group.

In April, Good News, an unofficial United Methodist renewal group, said the “widespread disregard” of the church’s ban on same-sex unions and a lack of enforcement by bishops has made the denomination’s situation “untenable.”

Retired Bishop Melvin G. Talbert became the first United Methodist bishop to publically officiate at asame-sex wedding on Oct. 26, 2013, in Birmingham, Ala. He did so after receiving requests not to perform the wedding from presiding Birmingham Area Bishop Debra Wallace-Padgett and the executive committee of the United Methodist Council of Bishops.

Formal complaints were filed against Talbert March 13, alleging, “he has violated the sacred trust of his office.” The complaint is before the Western Jurisdiction College of Bishops from which Talbert retired. Church law requires that complaints against bishops be heard in the jurisdiction where the bishop is a member.

Two pastors under complaint for officiating at same-sex unions in the Pacific Northwest conference, the Rev. Cheryl A. Fear, pastor of Garden Street United Methodist Church in Bellingham, Wash., and the Rev. Gordon Hutchins, pastor of The Bridge, a United Methodist church in Tacoma, Wash., were given a 24-hour suspension without pay by Bishop Grant Hagiya, Greater Northwest Area, in February.

Other bishops plan to respond differently when clergy officiate at same-sex unions. In a January sermon titled “Unity of the Spirit in the Bond of Peace,” Great Plains Area Bishop Scott Jones told a gathering of Kansas and Nebraska clergy that if 100 pastors perform same-gender unions, “Then there will be 100 suspensions from ministry during the supervisory response followed by 100 trials.”

Frank Schaefer, a former United Methodist pastor, was stripped of his clergy credentials by a church trial Nov. 19, 2013. Schaefer was found guilty of violating church law when he officiated at the marriage of his gay son. He was also found guilty of disobedience to the order and discipline of the denomination.

Schaefer filed an appeal that will be heard June 20 by the Northeastern Jurisdiction Committee on Appeals.

He has been traveling across the connection speaking at United Methodist churches since his trial. He does not advocate splitting the church but does support changes to church law that will allow pastors to officiate at all weddings of people in their congregations.

Events in the world outside The United Methodist Church are intensifying the debate within the denomination.

Last week, Oregon and Pennsylvania became the most recent states where gay and lesbian couples can legally marry after federal judges overturned the states’ bans on same-sex civil marriage. Leaders in both states have decided not to appeal the rulings.

Nineteen states and the District of Columbia have legalized same-sex marriage. Nearly 44 percent of Americans live in states where same-sex marriage is legal, according to USA Today. Legal challenges also are now proceeding against same-sex civil marriage bans in 30 states.  Only one state — North Dakota — with a gay marriage ban is not facing some form of legal challenge, reports The Associated Press.

Meanwhile, Gallup reported last weekthat support in the United States for legal same-sex marriage has reached 55 percent. Among U.S. adults under 30, that support has grown to 78 percent, Gallup found.

But outside the United States, it’s often a much different story. Under Russian law, “propaganda of nontraditional sexual relations to minors” can be fined.

Homosexual acts are criminalized in 38 of 54 African countries, including most of the 18 African countries [UMCom1] that potentially could send delegates to the denomination’s top lawmaking body, General Conference. Most of these laws were first introduced by colonial powers in Africa. In parts of Nigeria, gays can face the death penalty.

South Africa — where The United Methodist Church has a small, provisional conference — is the only African country that has legalized same-sex marriage.

The United Methodist Church is growing in Africa. At the next General Conference, 30 percent of delegateswill come from that continent.

Though not calling for a split in the church, several United Methodist churches, conferences and unofficial organizations have made public declarations that they cannot follow church law as currently stated.

The California-Nevada Annual (regional) Conferencedeclared the month of May a “Season of Love” that included the marriage of Kira Rabut Azzam and Nikki Salde at Wesley United Methodist Church in San Jose, Calif., in the presence of their family and church members. The National Japanese American United Methodist Caucus of The United Methodist Church released a statement after the wedding saying it stands in solidarity with the Wesley congregation.

First United Methodist Church in Oneonta, N.Y., recently announced it would withhold 40 percent of its remaining apportionment from the Upper New York Annual (regional) Conference in 2014 and 100 percent beginning in 2015. Church leaders stated the withholding of funds would continue until The United Methodist Church removes “discriminatory language from the Book of Discipline and grants LGBT (lesbian, gay, bisexual and transgender) people all rights and privileges accorded to heterosexual people, specifically ordination and marriage.”

Love Prevails, an unofficial United Methodist group advocating for change in The United Methodist Church’s policies on LGBT people, has issued a call for United Methodists to stop or reduce financial giving to their local churches and instead send support to organizations working for full inclusion of lesbian, gay, bisexual, transgender and questioning people.

The Connectional Table, a United Methodist body that coordinates ministry and resources, began a series of three public discussions on human sexuality. At the conclusion of the first meeting April 29, the body agreed to propose changes in the Discipline that negatively affect the LGBT community. Proposals will be considered at the next meeting of the Connectional Table prior to presentation to the 2016 United Methodist General Conference. General Conference meets every four years and is the only body that can make changes to church law.

The question at the center of the Connectional Table’s first dialogue on human sexuality was: Can The United Methodist Church sustain deep disagreements regarding human sexuality and still remain in unity?

The complaint process is still ongoing against at least three clergy for officiating at same-sex unions. They include the Rev. Stephen Heiss,  a pastor in the Upper New York Conference; the Rev. William McElvaney, a retired United Methodist pastor and former seminary president in the North Texas Conference; and Talbert. Often the manner in which the complaints are handled is confidential.

During the gatherings, clergy and laity elected by local churches will consider, among other business, resolutions on various issues.

In 2013, 15 conferences rejected the denomination’s stance on gay rights and same-sex marriage. The Western Jurisdiction has affirmed its own pro-gay rights statement, “We Will Not Be Silent!” every year since its adoption in 2000.

At the end of “Finding our Way,” Bishop Job calls on United Methodists to humble themselves and trust God. He proposes three steps between now and the 2016 General Conference.

“Our life together will then be so attractive,” Job writes, “that multitudes will be drawn to us and want to join us because they see what they themselves want to experience.”