15 United Methodist clergy, candidates in the NYAC come out as gay

15 United Methodist clergy, candidates in the NYAC come out as gay

Fifteen United Methodist clergy and clergy candidates took a leap of faith together and came out as lesbian, gay, bisexual and queer members of the New York Conference. 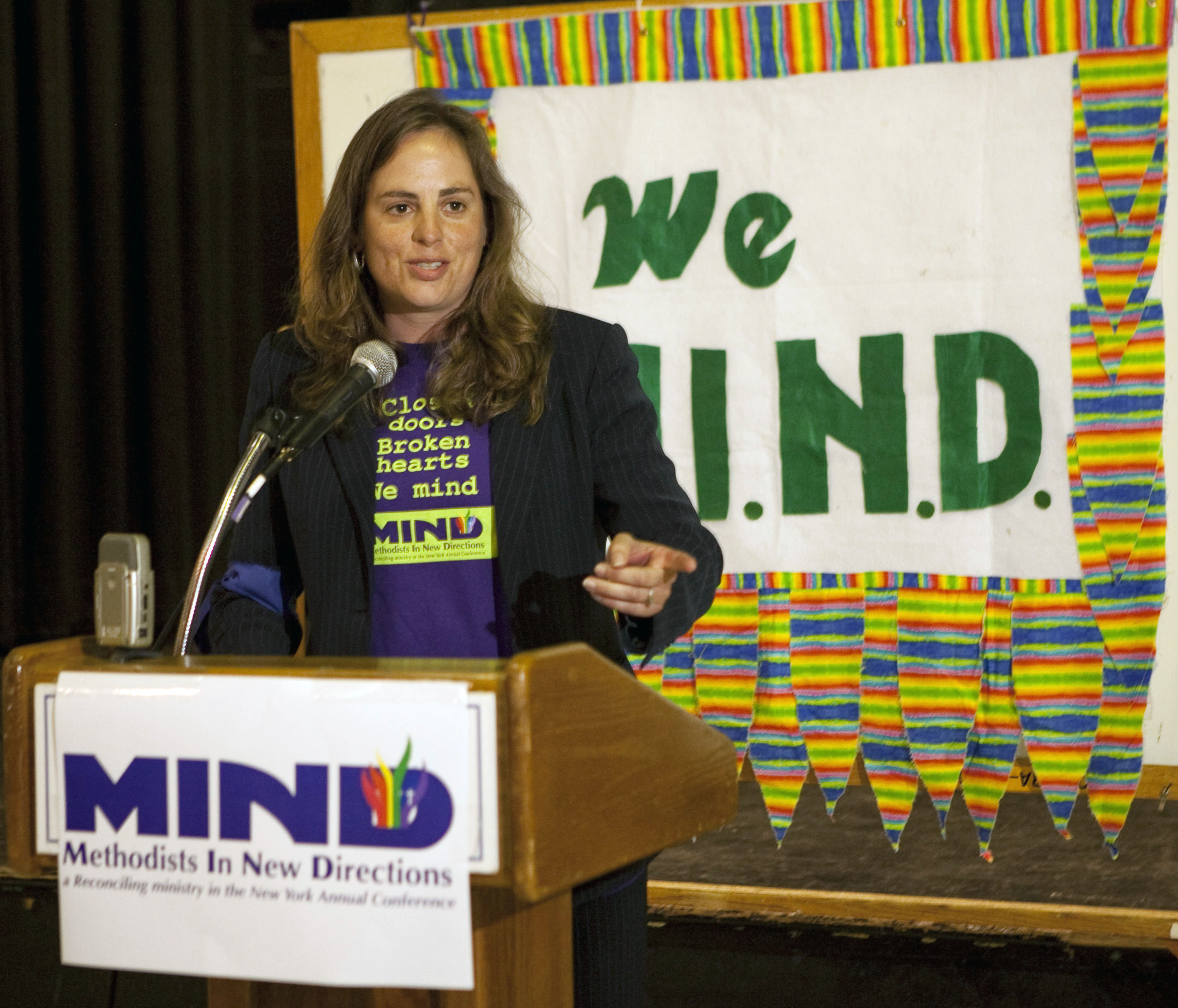 The Rev. Sara Thompson Tweedy speaks at a Methodist In New Directions event during the New York Annual Conference at Hofstra University, Hempstead, N.Y., on June 7, 2013.

This is the first time clergy and candidates have come out as gay in a group. It could be a chargeable offense under United Methodist Church law for a LBGTQ person to be ordained. The announcement comes just days before the 2016 General Conference opens in Portland, Oregon, on May 10.

“I signed this letter because it’s spiritually suffocating to stay in the closet,” said Bruce Lamb, one of the first candidates confirmed by the New York Conference as a gay man in March. He will be commissioned as a provisional elder in May.General Conference is the only entity that speaks for The United Methodist Church. The denomination’s top lawmaking body will be considering petitions to change or stand firm on church law, which states that the practice of homosexuality “is incompatible with Christian teaching.”

“Charges could be brought against me, but I will no longer lie about who I am in order to be in ministry. I pray for the day when we can all live as our authentic selves in the church,” Lamb said.

Lea Matthews, director of ministry operations at St. Paul and St. Andrew, will be commissioned as a deacon in June. In July, she will take on the role of associate pastor of family life and connection. She also signed the open letter.

“While I understand that I risk my standing in The United Methodist Church with this public step, I do so following the way of Jesus. I do not walk this path alone. I am surrounded by a cloud of witnesses, made up of my fellow signers, our brave allies in this conference, and my church family at SPSA, who offer prayerful support. I sign in solidarity with those on the letter, and acknowledge that there are many others across the denomination who are not as fortunate as we are here in the New York Annual Conference,” she said.

The New York Conference has spoken out against the denomination’s exclusion of LGBTQ people from ordained ministry for decades. On March 1 the conference’s board of ordained ministry announced it would not consider sexual orientation in evaluating a clergy candidate even if that individual has a spouse of the same gender.

Bishop Jane Allen Middleton, interim episcopal leader of the New York Conference, said the statement from the 15 pastors and candidates for ministry brings a new reality: “We are not of one mind on this issue.”

“I hope and pray that there will be a new day in The United Methodist Church where all persons are welcomed and fully accepted. As we continue to live together with our differences, let us remember the words of Paul, ‘And now these three remain: faith, hope and love. But the greatest of these is love.’ [1 Corinthians 13:13].”

The bishop said she would send a pastoral letter to some members of the conference later on May 2.

Time to stand up

“The church is asking us not to be fully human. There comes a time when oppressed people have to stand up for themselves and their lives and this is our time,” said the Rev. Sara Thompson Tweedy, chair of Methodists in New Directions, which organized the group effort to release the letter.

Tweedy faced an official complaint in 2013 for being a “self-avowed practicing” gay clergy member. The complaint was dismissed after 14 months of investigation.

Pleading for a change

“There are 15 of us who are nervous, scared, excited and holding together because we believe we have to tell our truth, and I hope the church listens,” Tweedy said. 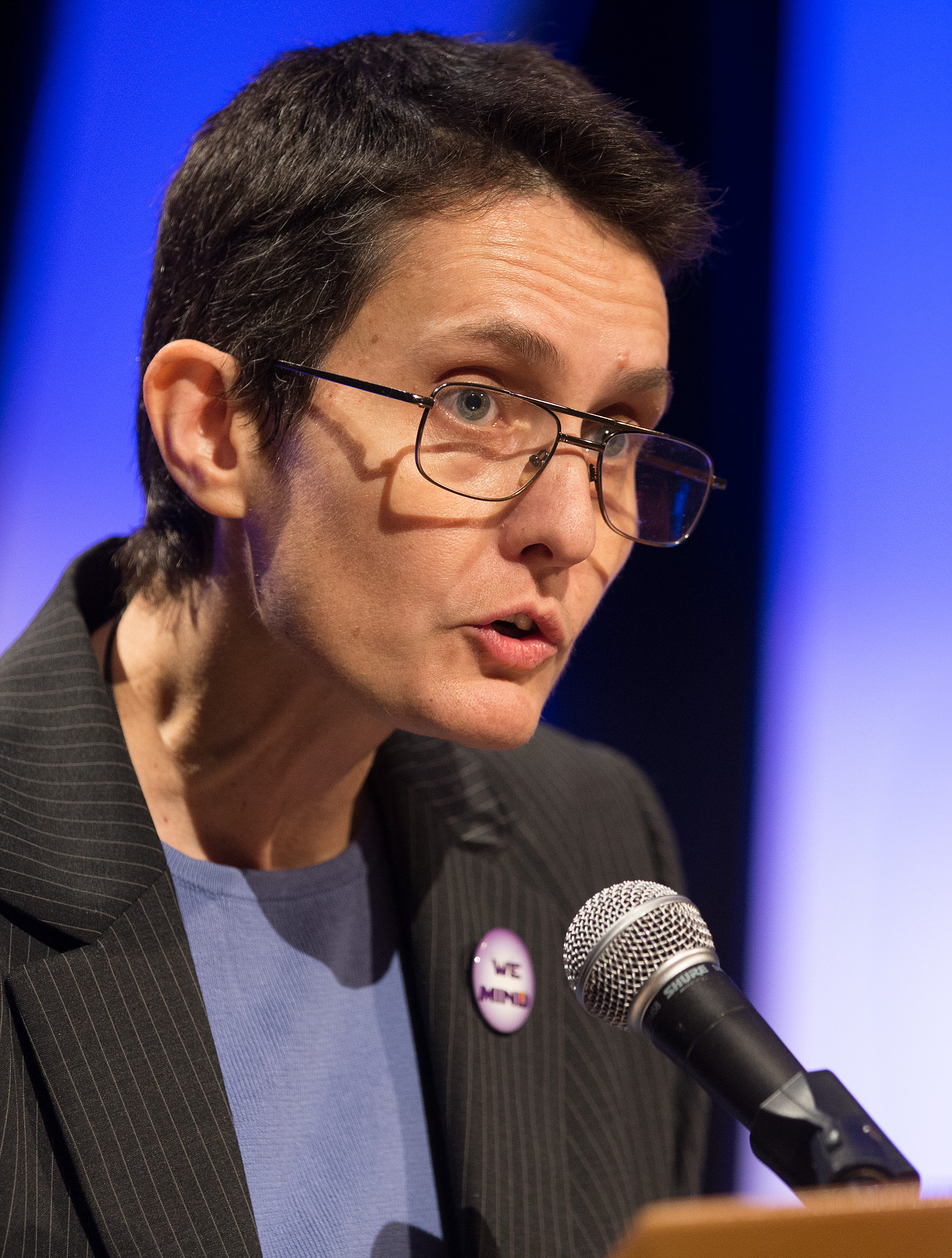 Dorothee Benz takes part in a panel discussion during the 2016 Pre-General Conference Briefing in Portland, Ore.

Dorothee Benz, a delegate to the 2016 United Methodist General Conference and founding member of MIND, said for more than 40 years, LBGTQ people have been pleading for a change.

Benz said the institutional channels to change are closed to LBGTQ people.

“We have no other ways to plead with the church to make a change other than direct action,” she said.

“This is big step forward, it is hugely inspiring to me as a lay person whose job is not on the line to have my clergy colleagues to do this and to do this as a group is powerful,” Benz said.

“I have never ever had a bishop ask me how it feels to be an out LGBTQ clergyperson — not one,” Tweedy said.

Lamb said he thinks about “children in our churches that hear this harmful rhetoric that they are incompatible with Christian teaching and how this does violence to our souls.”

“We cannot pretend to somehow excise the queer parts of ourselves; we can no longer be forced to separate our sexuality and spirituality – a part of ourselves that is interconnected – in order to stay in ministry,” he said.

The letter ends by calling on all United Methodists to refuse “their own complicity in our denomination’s systemic oppression” of LGBTQ people and “to protest this injustice at General Conference and elsewhere until it is finally ended.”

read the letter and see the signers

See a timeline on General Conference action since 1972