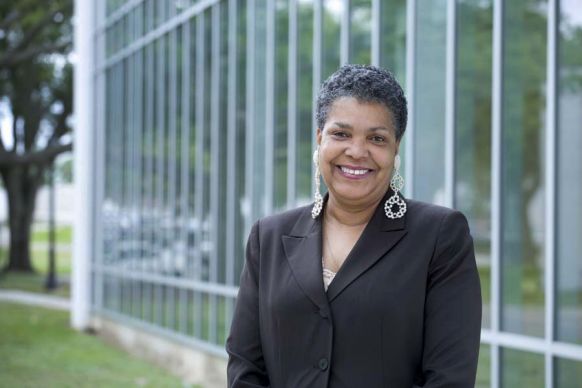 Dorothy Smith, dean of the college of general studies at Dillard University in New Orleans.

Photo by Ted Polumbaum, courtesy of the Newseum.

In the summer of 1964, just prior to entering the 8thgrade, I attended Freedom School at St. Paul’s C.M.E. Church in McComb, Mississippi.

The day always started with us assembling in the church sanctuary and the singing of freedom songs. Following this devotion, we divided into smaller groups and went to our assigned spaces. Our space was under a tree on the church lawn.

This was a new and exciting experience for me. It was during Freedom School that I was introduced to Black History, a foreign language and photography.

In the mornings, I took Black History with a young white male from New York named Ira Landess. Ira, as he told us to call him, impressed and inspired me immediately.

He was a kind and understanding teacher who gave me his undivided attention. He was the first white person to whom I had ever been close enough to touch, yet I did not feel uncomfortable in his presence. He made me feel like I was as sharp as the students he taught in New York. What I did not know he attributed to lack of exposure, not to lack of intelligence.

With Ira, I worked on my very first newspaper. It was called Freedom’s Journal after the first black newspaper started by Samuel Cornish and John Russwurm. At the time, I could not understand how a white man knew so much about black people, and would understand only in college and in graduate school.

During that summer, I was introduced to the music of Pete Seeger and Joan Baez —white singers working on behalf of change in my city of McComb. I even met them when they performed free concerts for the community!

In the afternoons, I took courses in photography and foreign language, to be specific, Spanish.  My Spanish course was taught by Mario Savio, a student from the University of California, Berkeley. Mario went back to Berkeley to form the Free Speech Movement. He attempted to teach me the Spanish language, the culture, and, at least one folk song that I still remember today:  “Lacocaracha.”

Freedom School was like no other school I had attended.

I did not receive grades on any work, but I worked as hard as I had worked in regular school. That summer opened a whole new arena of learning and life for me. When I returned to regular school after Freedom School, I was more determined than ever to become a teacher who taught black students about our history.

Today, as I prepare lecturers for my history classes at Dillard University, I often journey in memory to my regular school and to Freedom School, each time saying thanks to my teachers for allowing me to become what I wanted to become.

Smith is dean, College of General Studies, Dillard University in New Orleans. Dillard is one of The United Methodist Church’s historically black colleges and universities supported by the Black College Fund. 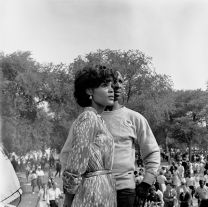 Living the legacy of Freedom Summer

United Methodists reflect on where they were during the summer of 1964 in Mississippi and the year in which the U.S. Civil Rights Act was signed.Read More

Retired Bishop C. Joseph Sprague attributes his time at Freedom Summer with shaping who he is today. Read More 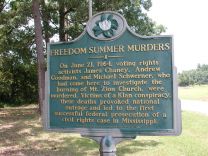 Where were you during the Freedom Summer of ‘64?

United Methodist News Service wants your reflections on that historic summer and the passage of the Civil Rights Act. Read More

Retired United Methodist Bishop Talbert, a veteran of the Civil Rights Movement in the U.S., reflects on the impact of the 1964 law on his life. Read More

Icon and civil rights activist Edith Lee-Payne, a United Methodist, says the struggle to achieve the Civil Rights Act of 1964 should never be forgotten. Read More