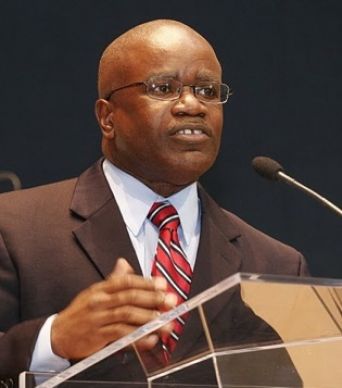 More than 100 pastors and laypeople, including those from large churches, have issued a statementsaying United Methodist bishops must enforce and publicly support church law restrictions against same-sex marriage if the denomination is to hold together.

“We need our bishops to uphold the clear biblically based teachings of The United Methodist Church that marriage is between one man and one woman,” said the Rev. Kenneth Levingston, pastor of The Higher Way Church: Jones Memorial United Methodist in Houston.

But the self-described traditionalist group, after five hours of discussion in Atlanta on July 18, stopped short of calling for amicable separation.

Many in the group had been part of a conference call in April that did yield a call for a breakup, and some had said the Atlanta meeting might be about how to accomplish separation without the litigation over property that other denominations have seen.

In Atlanta, participants discussed and prayed about the options before deciding to issue a statement challenging the Council of Bishops to enforce the Book of Discipline as it prevents clergy from officiating at same-sex unions and churches from hosting such services.

“All of us understand that amicable separation is the last resort to be put on the table, and we hope and pray we never have to get there, and the way we never have to get there is for our bishops to do what they should do,” said the Rev. Robert Renfroe, president of the unofficial evangelical United Methodist caucus Good News, and a spokesman for the Atlanta gathering, which included non-Good News members.

“If they don’t, then I think that will be the option that we will have to consider.”

The group released a statement laying out its demands to the bishops, as well as a press release. The group has no name, but it does have a descriptive website address,www.Methodistcrossroads.org, and is asking other United Methodists to sign on there as supportive.

The United Methodist Church has for more than 40 years held that while all people are of sacred worth, homosexuality is incompatible with Christian teaching. Along with the restrictions on same-sex marriage, church law does not allow “self-avowed practicing homosexuals” to be ordained as clergy.

Conflict over those positions goes back many years and has intensified as opinion polls document growing acceptance of homosexuality in the United States and as more states have legalized same-sex marriage.

Efforts to change the Book of Discipline’s stance on homosexuality have consistently failed at General Conference, the denomination’s top legislative body, and “agree to disagree” legislation also lost at the 2012 General Conference in Tampa, Fla. But resistance has continued through resolutions by jurisdictions and annual conferences, and by pastors defying church law to perform same-sex unions. They include retired Bishop Melvin G. Talbert, who faces a complaint.

The case of the Rev. Frank Schaefer, who was defrocked for officiating at the same-sex wedding of his son, and then reinstated after an appeal, resulted in national news coverage that emphasized tensions within the denomination.

In June, the Rev. Adam Hamilton, pastor of the 18,000-member United Methodist Church of the Resurrection, announced “A Way Forward for a United Methodist Church,” an effort that seeks to avoid schism by allowing a “local option” for churches and annual conferences with church law on homosexuality. As of earlier this month, more than 2,600 clergy and lay members had signed on in support.

The group meeting in Atlanta is strongly opposed to Hamilton’s idea, saying it would push the conflict from General Conference down to the annual conferences and churches, as they would vote on whether to opt out of church law.

“‘A Way Forward’ is a way to disaster,” Renfroe said.

The group calls instead for the Council of Bishops to emerge from its next meeting, set for Nov. 1-7 in Oklahoma City, expressing “commitment to promote, defend and uphold the church’s biblical teaching that marriage is a sacred covenant between one man and one woman.”

The group also wants the Council of Bishops to state publicly that they have censured “those bishops who have stated they will use their influence to prevent trials as a means of just resolution for clergy who preside at same-sex services.”

Bishop Martin D. McLee of the New York Annual (regional) Conference called in March for a cessation of church trials for pastors charged with officiating at same-sex unions.

The group that met in Atlanta also wants bishops to promise that when church trials occur they will appoint as counsel for the church “individuals fully supportive of the church’s teachings and the necessity for organizational accountability.”

This is not the first time a group of United Methodists have urged bishops to take action to support the denomination's stance on same-sex unions. Some of the group that met in Atlanta were also organizers of the FaithfulUMC petition, which in September 2011 urged the Council of Bishops to respond to clergy's pledges to officiate at same-sex unions. In response, the council released a statement after its November 2011 meeting declaring the bishops would "uphold the Book of Discipline as established by the General Conference."

Bishop Warner H. Brown Jr., of the California-Nevada Annual (regional) Conference, is the current president of the Council of Bishops. He said through a spokesman that he would comment soon on the statement of the group that met in Atlanta.

In May, Brown said United Methodists are tired of what he called the “rancorous debate” over homosexuality, but he also said he did not believe the church was headed toward schism.

“Among United Methodists there are a diversity of opinions on a number of social issues including human sexuality and same-gender marriage … . But we do not have to think alike to work together on the mission God has given us," Brown said.

In November 2013, the council recommended the complaint that was later filed against Talbert, but also said in a statement:

“We acknowledge that we, the Council of Bishops, and the Church are not of one mind in matters of human sexuality; pain exists throughout the connection, including persons who support Bishop Talbert’s actions and persons who object to them. We express our pastoral concern and care for all people.”

Among those who spoke at the Atlanta meeting was the Rev. William J. Abraham, the Albert Outler Professor of Wesley Studies at Perkins School of Theology, a United Methodist seminary and part of Southern Methodist University in Dallas.

Signers came from all five U.S. jurisdictions of the church, and included the Rev. Timothy Tennent, current president of Asbury Theological Seminary, in Wilmore, Kentucky, and the Rev. Maxie Dunnam, a past president of that seminary.

The statement was greeted with dismay by the Rev. Bruce Robbins, a retired United Methodist pastor, former top executive of the United Methodist Commission on Christian Unity and Interreligious Concerns and a strong proponent of changing the Book of Discipline provisions on homosexuality.

“The signatories seem so clear that they are the saints and we (the progressives) are the sinners who the church needs to punish,” he said in an email. “They are the faithful, and we are the malcontents. I grieve because I see names of friends on the list. Individually they know that the issue is more complicated and nuanced than the polarization they present.”

The Rev. Randy Mickler, pastor of Mount Bethel United Methodist Church in Marietta, Georgia, and another spokesman for the group, said he would definitely favor amicable separation if the bishops don’t follow the group’s recommendations.

“There’s no accountability right now,” he said. “The covenant’s already been broken. … If the bishops would do what they’re supposed to do, everything would be fine.”