Commentary: What is the church’s role in the Ebola crisis?

Commentary: What is the church’s role in the Ebola crisis? 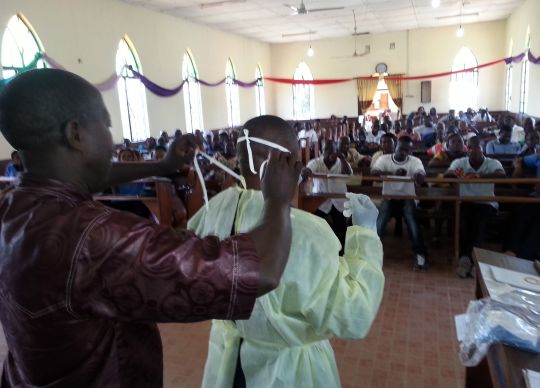 As the death toll rises in the Ebola crisis, the overall effects are already having immeasurable impact. The virus has changed life in Liberia, Sierra Leone and Guinea and will force people in these countries to rethink how we engage with one another.

Throughout the call for global response and relief efforts, volunteers from various levels of clinical health and research institutes are descending on these countries, with the hope that a coordinated global effort may quell the death toll, which has surpassed 3,000. 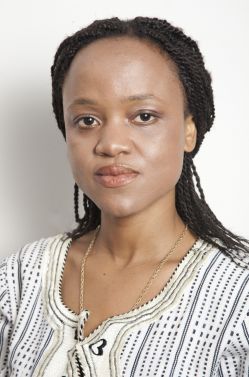 Amid these efforts, the spiritual or religious voice has been globally detached and, in some cases, silent. Denominations such as The United Methodist Church are responding with messaging and relief, but local leaders from across the religious community can do more to make their voices heard.

I was impressed during the early onset of the disease while attending a Sunday service in Gbarnga, a large town in rural Liberia, when the sermon was actually a health message delivered by a member who is a doctor at Phebe Hospital in a neighboring county.

His ability to share the facts and dispel rumors was helpful to a congregation already murmuring statements in fear and confusion.

However, in many churches not attended by health care workers, messages about the facts are minimal or absent. During Sunday services, pastors across the affected countries have done little more than raise prayers for deliverance from the Ebola crisis, which many view as a plague.

Perhaps many pastors are trying to survive along with the families, and they are baffled at the speed and severity of the disease. But the larger question, which United Methodists have tried to tackle in the fight against diseases such as malaria and AIDS, is: When and how can the church best engage in local and global health crises? What is the role of ministry in times like these?

The relevance of healing ministry

Jesus did more miracles of healing than anything else and proved that the concern for the person encompasses and extends beyond the salvation of the soul.

However, during the Ebola crisis, the role of health in ministerial messaging has been limited to hospital visits, bedside prayers and fellowship with bereaved families.

Christian churches have hospitals and health posts across the world. The United Methodist Church has nearly 300 across Africa alone. But how do we engage the pulpit more actively in this ministry of healing or at least in speaking more constructively around the issue of health?

The Rev. Delanyo Adadevoh, international vice president for Campus Crusade for Christ and president of International Leadership Foundation, works across Africa and has spent decades training clergy and laymen in global leadership development. He believes the key to engaging more pastors and religious leaders in addressing health issue lies in breaking the taboos or cultural norms that inhibit our ability to address certain issues.

“(Ill-serving) traditions have to be broken,” he asserts in an interview in Accra, Ghana. “Jesus went across boundaries and cultural lines (to fulfill his ministry). The church must be called back to the example of Christ.”

These taboos have inhibited the progress with health crises, a prime example being the church’s hesitation in addressing AIDS due to its links with sexual behavior.  For malaria, extensive familiarity with the disease has impacted the ability to take it seriously.

The Ebola response might be inhibited by the fear of direct encounter with death and by incomplete or inaccurate information regarding the disease.

As humans, even faithful churchgoers, we all believe in some form of heaven, but only an extreme few are willing to face death head on.

The rapid rate at which the virus spreads is forcing everyone to rethink person-to-person contact, even with loved ones. Pastors, like the general public, are also only now learning of this virus and how it manifests as a disease.

In addition, information has been passed on in a spirit of panic and fear, rather than in a clear and concise manner that addresses people’s questions.  When we react out of fear, our actions are often irrational.  The media’s generalized messaging is also complicated when all details of the disease are not available to the most vulnerable of the public – often the illiterate and poor who lack access to media outlets.

Across Africa, culture and how information is relayed have always played a significant role in people’s lives. Church leaders and public officials could use this as an advantage rather than working against it or allowing it to work against them and society.

As the Rev. Adadevoh notes: “The notion that proper understanding (of actions) has cause and effect is not customary in (the traditional) African culture. Spiritual lineage (or the reliance on spirituality) is more customary.”

This is why in these traditional societies, the fear of someone casting a spell is more convincing than the fact that an illness could be contracted from poor sanitation or not sleeping under a mosquito net.

The sense that faith and spirituality supersede the natural world is evident across the general public. This is precisely why the church can and must play an even stronger role in these health crises than the government or any other sector of society. Bridging the information gap to clarify the true causes of the outbreak is critical.

During the course of malaria work, particularly in places like Sierra Leone and across the African continent, it became clear that engaging and training religious and community leaders ensured that key health messages would be adhered to by the local community.

Most rural populations engage their pastors or local leaders more than they ever would a national leader. As a result, people tend to listen to and comply more with local and religious leaders.

The government should share basic health messaging about Ebola prevention with religious and community leaders to disseminate to vulnerable and isolated communities. This would increase the likelihood of compliance.

The church and the future of health

Though governments across Guinea, Liberia and Sierra Leone are banning large assemblies and gatherings, they know that religious services must and will go on.

So every Sunday, people cautiously leave their homes, where they have been avoiding bodily contact during the course of the week. They head to their local churches, where everyone must now wash hands with treated water prior to entry. Some churches even have ushers to conduct temperature screenings before parishioners can enter. But the praise and worship go on.

Governments must mount a more concerted and collaborative effort to recognize the position and role that faith and religion play. Religious leaders also must be informed, trained and educated about health fields so that they can address issues in their communities with confidence.

Missing these opportunities for change will cost far too much in lives and resources. The future of the world and the church depends on us taking this step to change how the world responds in these crises.

Dunbar, founder of Sankofa Inc. Agribusiness and former program manager in West Africa for United Methodist Committee on Relief, is based in Liberia.