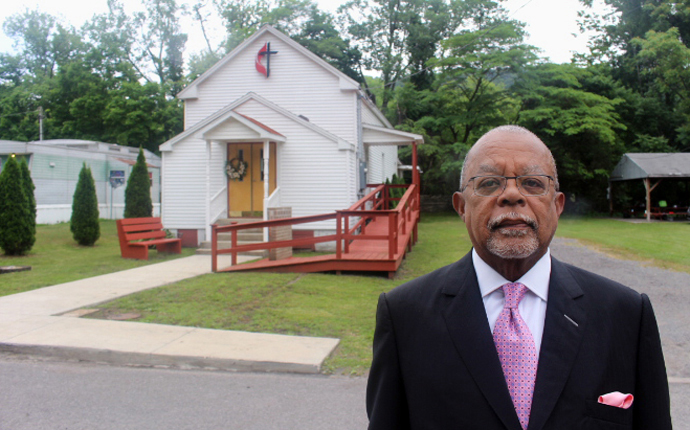 Henry Louis Gates Jr. visits the church he grew up attending, Waldon United Methodist in Piedmont, W.Va., for a scene in the new PBS documentary “The Black Church: This Is Our Story, This Is Our Song.” Photo courtesy of PBS.

The United Methodist Church has a supporting role in the new PBS documentary “The Black Church: This Is Our Story, This Is Our Song,” which airs Feb. 16-17 across the U.S. Henry Louis Gates Jr., the host, writer and executive producer, begins and ends the film with a visit to his boyhood church, Waldon United Methodist in Piedmont, West Virginia. “The lessons I learned here, the power of faith, the importance of community, have remained with me and sustained me, the same way the Black church has sustained the African American people from the days of slavery to this day,” Gates says as he stands in front of the small, white-frame structure.

The documentary also draws heavily on resources of the United Methodist Commission on Archives and History, based at Drew University in Madison, New Jersey. More than 50 images used in “The Black Church” come from Archives and History’s vast collection of historic photos.

“It felt like hitting a gold mine,” said Megan Graham, archival producer for McGee Media, production company for the documentary. 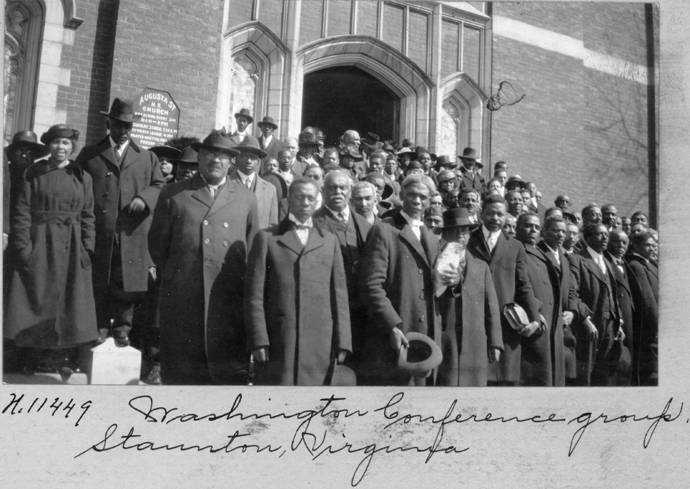 In “The Black Church,” photos and footage are complemented with interviews of leading Black clergy, scholars, musicians and social commentators, such as the Rev. William Barber II, Episcopal Church Presiding Bishop Michael Curry, Bishop T.D. Jakes, Cornel West, Yolanda Adams, John Legend, BeBe Winans and Oprah Winfrey. Gates does the questioning. He’s the Alphonse Fletcher University Professor at Harvard University and director of the Hutchins Center for African and African American Research. Gates also hosts the PBS series “Finding Your Roots” and his previous documentaries include “The African Americans: Many Rivers to Cross,” a Peabody Award-winner.

“The Black Church” devotes four hours in two parts to exploring the 400-year history of African Americans and Christianity.

“This is the story and song our ancestors bequeathed to us, and it comes at a time in our country when the very things they struggled and died for — faith and freedom, justice and equality, democracy and grace — all are on the line,” Gates said in a press release. 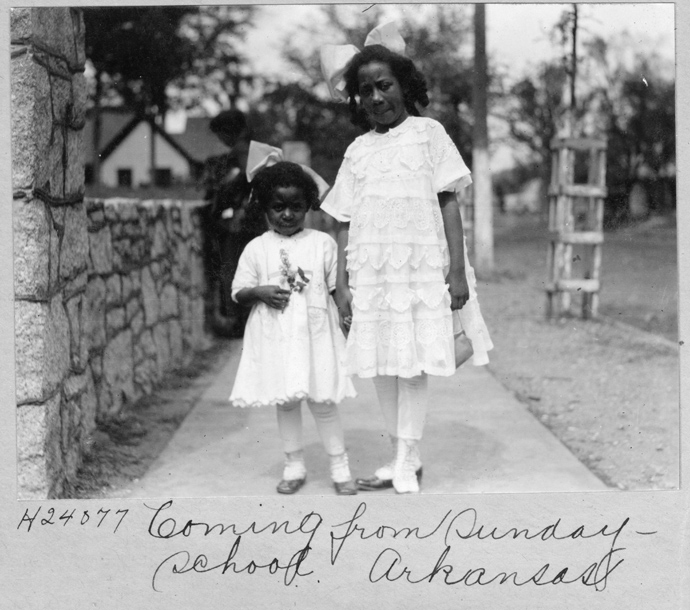 Among the historical figures highlighted in the film is Richard Allen, a former slave who became the first African American ordained to ministry in the Methodist Episcopal Church.

Frustrated by discrimination within that denomination, Allen would break away and lead the founding of the African Methodist Episcopal Church, serving as its first bishop.

Among the contemporary voices prominent in “The Black Church” is Bishop Vashti Murphy McKenzie, the first woman elected to the AME Church episcopacy.

The PBS documentary "The Black Church: This Is Our Story, This Is Our Song" premieres at 9 p.m. Eastern time Feb. 16-17 on TV stations nationwide, but check local listings.
Host, writer and executive producer Henry Louis Gates Jr. previews the four-hour film in this short video.
Seven “Negro Albums” from the United Methodist Archives and History collection provided more than 50 photos used in the documentary. Click here to see those and other albums in Archives and History’s Mission Album Collection.

Graham and others at McGee Media worked on the historical parts of the film, including the expansion of Methodism.

“I started digging into The United Methodist Church and found out they have this amazing archive,” Graham said.

In 1989, the United Methodist Board of Global Ministries gave to Archives and History a collection of more than 100,000 photos, most taken in the early 1900s.

They represent an organized effort by many photographers to document Methodist mission work and the communities in which that work was occurring, in the U.S. and internationally.

More and more scholars have used the collection, especially since Archives and History undertook a major effort to put the images online.

Seven “Negro Albums” are part of the collection, and they hold roughly 4,200 photos, said Frances Lyons, reference archivist for Archives and History.

Graham and colleagues looked at hundreds of them to choose those used in “The Black Church.”

“The thing that’s really amazing about this collection is that it shows such diversity,” Graham said. “You see the way the church moved outside the church walls and into the community.”

There are photos of children in their Sunday best, but also of Methodist conferences and of social workers visiting settlement houses.

One image used in the film shows Black people in Granada, Mississippi, boarding a northbound train with lots of luggage. The collection also has images of luggage-bound Black people arriving in Chicago from the South, clearly ready to make a fresh start. 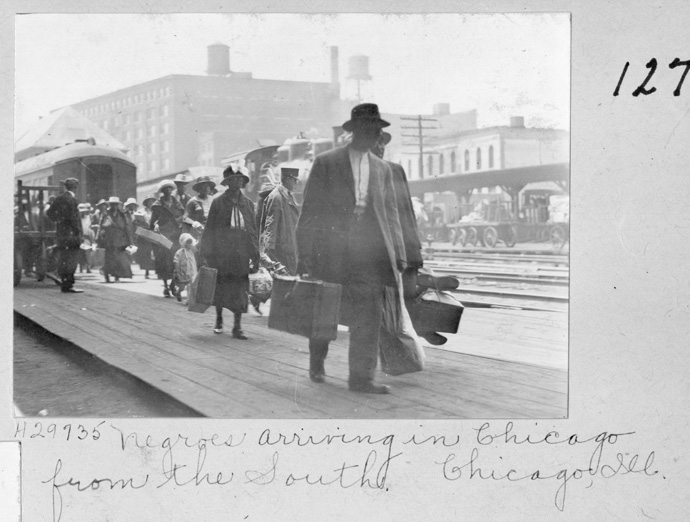 “The train photos were so helpful visually in talking about the Great Migration,” Graham said, referring to the epic movement of African Americans from South to North in the early 20th century.

Researchers were able to find what they needed online, and never visited Archives and History in person. But they required Lyons’ help.

“She was super responsive and easy to work with, a great reference librarian and resource,” Graham said.

Though Gates did not remain a Methodist, his experience attending Waldon United Methodist Church in his youth is documented in the film and a companion book coming out soon from Penguin Press.

“There were a lot more people there than usual because he was coming,” said the Rev. Marybeth Chien, pastor.

Chien said Gates is well remembered at the church as “Skip” — a nickname he still goes by — and got many a hug from family members and friends. The film shows him choking up as he talks about the old days at Waldon.

He’s also seen breaking into song. The congregation joins in for a rousing version of the gospel hymn “I Believe I’ll Go Back Home.”

Leola Stewart, a longtime member of Waldon United Methodist, said by phone that she used to babysit for Gates. She was at church the day he and the film crew came, and she’ll be in front of her TV for “The Black Church.”

Hodges is a Dallas-based writer for United Methodist News. Contact him at 615-742-5470 or newsdesk@umcom.org. To read more United Methodist news, subscribe to the free Daily or Weekly Digests.