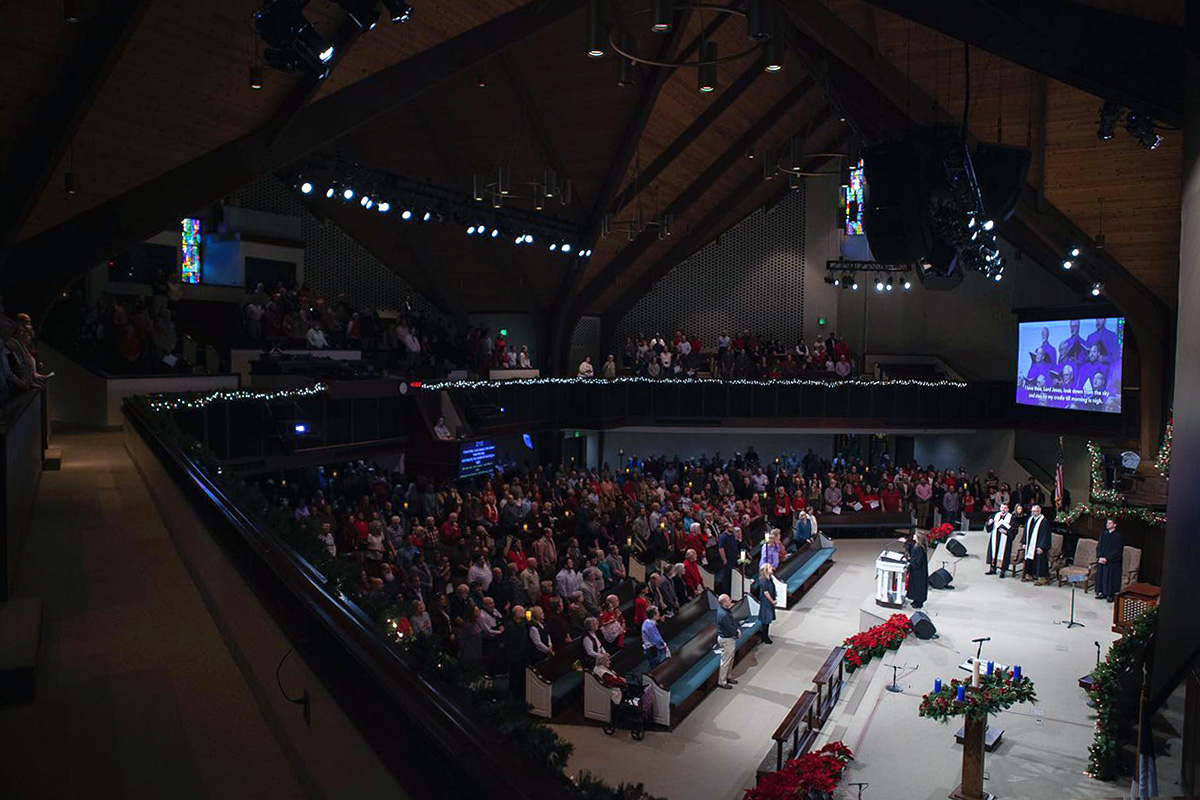 With a proposed United Methodist separation on hold, a growing number of congregations are moving ahead with their own plans to leave the denomination.

Frazer Memorial United Methodist Church, one of the largest churches in the Alabama-West Florida Conference, is among the congregations in talks to part ways.

The church last May hosted the fifth Global Gathering of the Wesleyan Covenant Association, an advocacy group that is forming a new, theologically conservative denomination called the Global Methodist Church. Instead of waiting for that new denomination’s launch, the Frazer congregation voted Jan. 30 to work toward joining the Free Methodist Church — a denomination that is more than 160 years old.

“It is not without sadness that we contemplate departing from our denominational ties with the UMC,” the church said in a statement.

“The Alabama-West Florida Annual Conference of the UMC has been our home for many years, and we honor the connection we have shared and the work we have accomplished together. Nevertheless, we believe that the Free Methodist Church is a better fit for our present identity and future fruitfulness.”

Exiting the global United Methodist Church is not as simple as taking a congregational vote. For centuries, the denomination has maintained a trust clause, which states that churches hold property in trust for the entire denomination.

To leave with property, most exiting congregations — like Frazer — are using disaffiliation procedures outlined in the Book of Discipline, the denomination’s policy book.

However, some disaffiliation cases are landing in civil court.

“Although the Conference has consistently worked with congregations that have explored the process, I have become increasingly concerned about statements made to these congregations,” Farr’s statement said.

His statement goes on to say that some attorneys “have engaged in disappointing practices” including keeping congregations in the dark about the costs of disaffiliation.

At present, the Missouri Conference is facing lawsuits from three congregations seeking to circumvent the denomination’s disaffiliation process.

Meanwhile, the North Georgia Conference and its largest-member church, Mt. Bethel, remain engaged in a civil lawsuit and countersuit in county court over church property.

In Wisconsin, a disaffiliating congregation has filed a lawsuit in U.S. federal court, arguing that a state law that incorporates the United Methodist trust clause violates the U.S. Constitution’s First Amendment and should be overturned.

For its part, the Wesleyan Covenant Association is urging theologically conservative congregations to wait and join the Global Methodist Church under the terms of the Protocol of Reconciliation and Grace through Separation, a proposal negotiated by a theologically diverse group of leaders.

The protocol allows churches and conferences to leave with property and $25 million in denominational funds to form a new “traditionalist denomination.”

However, the protocol needs adoption by General Conference to go into effect. The COVID-19 pandemic already has twice postponed the United Methodist legislative assembly and has put in doubt whether the international meeting can go forward as scheduled Aug. 29-Sept. 6 in Minneapolis.

The Rev. Walter Fenton of the WCA writes that the plan’s adoption would prevent “the bitter civil litigation that has cost other mainline denominations tens of millions of dollars.”

Increasingly, though, churches are not waiting to make their move. A United Methodist News review of U.S. annual conference reports and publicly available journals found that conferences — church regional bodies — approved about 100 disaffiliations in 2021. That’s up from the 32 U.S. disaffiliations recorded in 2020 by the General Council on Finance and Administration, which collects church data.

While small, the losses already are having an impact. The General Council on Finance and Administration calculates that the 32 disaffiliations in 2020 will result in a $241,093 reduction in apportionment receipts this year.

The disaffiliation process is time-consuming, stressful and expensive for churches and their conferences alike. Conferences are on the hook for such expenses as pension liabilities, equitable compensation of clergy and apportionments — shares of church giving — that support regional, national and international ministries. Departing churches also must pay a share of their pension liabilities, at least two years of apportionments and satisfy any debts they have with the conference.

One Disciplinary provision allows churches to leave with property if they join “another evangelical denomination, under an allocation, exchange of property, or comity agreement” provided the conference and other interested parties agree. Two years ago, Grace Fellowship — a church in suburban Houston — left The United Methodist Church for the Free Methodist Church under this part of the Discipline.

Another Disciplinary provision allows congregations to disaffiliate by Dec. 31, 2023, for “reasons of conscience” related to homosexuality if they meet certain criteria. This provision was passed during the same General Conference that strengthened church bans against same-sex weddings and “self-avowed practicing” gay clergy.

Under both provisions, congregations can be under hefty financial obligations to their conference ranging from more than $100,000 to millions of dollars depending on the church’s size. Both also give annual conferences final approval over whether a church can leave.

The people called Methodist have seen ruptures before. Throughout the 19th and into the early 20thcenturies, U.S. Methodists saw multiple groups break away over various disputes.

“Most of the time, down the road, whatever it was that caused the divide goes away, and often we get back together,” said the Rev. Kevin Newburg, a professor of Methodist history at United Methodist Drew Theological School and a United Methodist elder.

“But the other thing, the divided groups do much better apart. They thrive.”

The Free Methodist Church, with which Frazer plans to affiliate, is one such example. Free Methodists parted ways with the Methodist Episcopal Church in 1860 in opposition to the growing practice of renting and selling of church pews. Those breaking away called themselves Free Methodists because they called for free seats for all and wanted tithes and offerings — not income collected for seating — to support the church’s ministries.

The forerunners of The United Methodist Church eventually dropped pew rentals as a fundraising tool.

Even with those connections, churchgoers still grieve the current departures.

In a statement, the Alabama-West Florida Conference said it mourned Frazer’s planned exit.

“Frazer Church is a remarkable witness for Jesus Christ,” the conference said. “For many years they have been a leader in The United Methodist Church and in the Alabama-West Florida Conference. While we are saddened that they are exploring denominational options, it is our strong desire and prayer that each church and clergyperson honor what God is genuinely calling them to do.”

The Alabama-West Florida Conference plans to vote on Frazer’s departure at its annual session June 12-15.

As a historian, Newburg said he has seen movements come and go.

“And God seems to always find a way to find somebody or bodies who will listen when God says, ‘This is what I’m trying to do,’” Newburg said. “God’s working in every one of our communities around the world and inviting us to be part of that.”