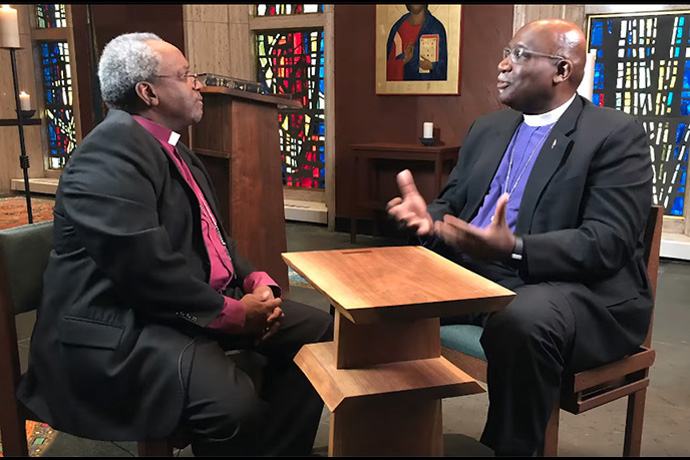 United Methodist Bishop Gregory Palmer (right) and The Episcopal Church’s presiding bishop, Michael Curry, discuss full communion between the two denominations in 2019. The proposed agreement is on hold for now after the postponement of the United Methodist General Conference to 2024. File screenshot from video courtesy of the Council of Bishops of The United Methodist Church.