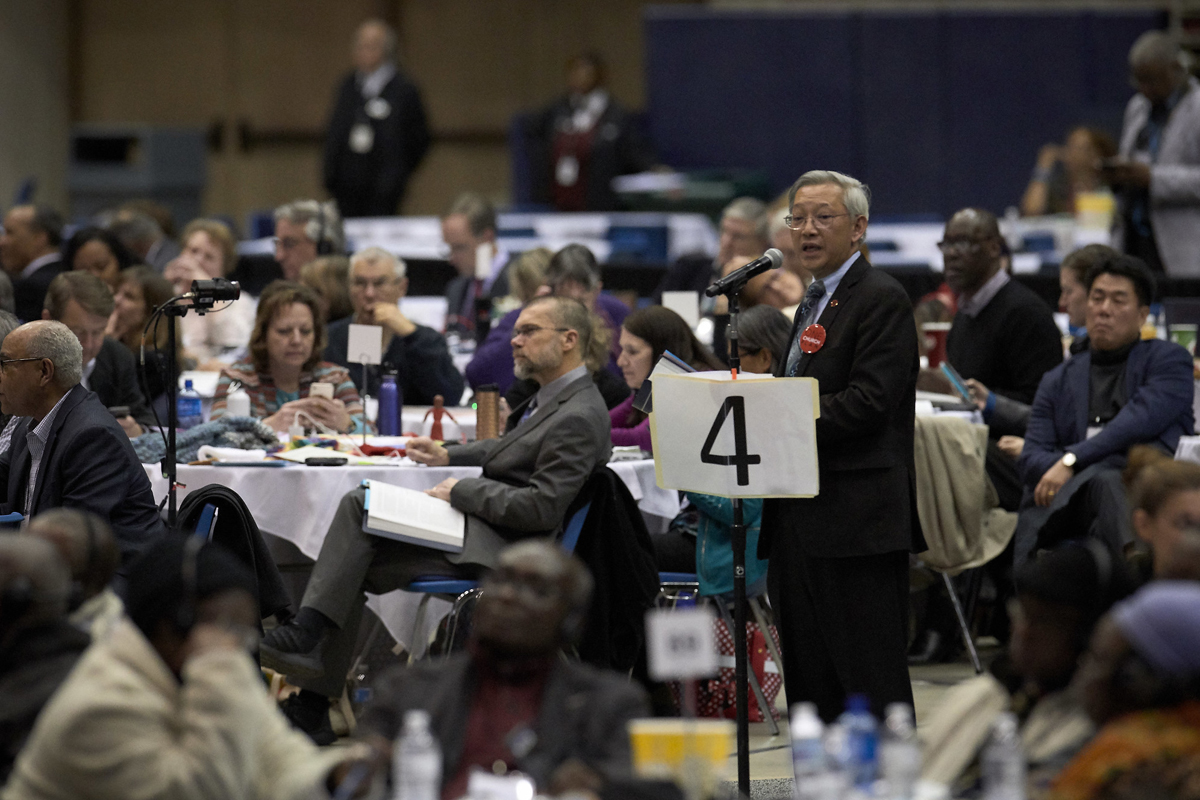 
Organizers have yet to determine whether the pandemic-postponed General Conference can go forward as planned on Aug. 29-Sept. 7 in Minneapolis.

In the meantime, the Commission on the General Conference has decided not to reopen the usual process for accepting petitions — that is, proposed legislation — to The United Methodist Church’s top lawmaking body.

That could have implications for the ability of General Conference delegates to have access to some big legislative proposals — including one outlining a potential denominational split — ahead of the assembly.

However, the commission said in a press release that any petitions submitted after the original deadlines for what would have been the 2020 General Conference will be treated as late legislation.

“The commission has remained consistent with the understanding of postponement as opposed to cancellation,” commission leaders said in an emailed statement to United Methodist News. “Under postponement, the General Conference petition process is ongoing.”

Bottom line: The commission has no plans to publish another print edition of the Advance Daily Christian Advocate, which contains the petitions heading to General Conference.

A year ago, the commission determinedthat the reference committee also would make final decisions about how to handle petitions submitted by annual conferences in 2020.