Life is a Marathon: Lessons from a Retired Pastor

Life is a Marathon: Lessons from a Retired Pastor

Retired United Methodist clergy, Rev. John Capen, now 84, competed in the recent 2021 TCS New York City Marathon. Capen, who has run in more than 150 marathons, says the lessons you learn in running marathons can be applied to life.

The Rev. Capen feels it when he’s in the 22nd mile of a 26.2-mile marathon run. He felt it as he considered a career change to be a United Methodist pastor. He felt it when sepsis endangered his life, and even when a massive brain hemorrhage took his wife, Bea, away after 60 years of marriage.

“My wife passing away was like hitting the wall, emotionally,” Capen remembers. Traffic whizzed by as he took a break from his daily run to chat.

Life is a Marathon

He started running at 38 to improve his health.

“My mother was treated for her heart from the age of 43,” recalls Capen, who has competed in more than 150 marathons. “My father died at the age of 75 when his heart stopped. So I figured it would behoove me to start running and get my heart in shape.”

Long before he thought of taking up marathons or pastoring, Capen studied math and mechanical engineering and worked as a draftsman.

A Life of Ministry

“The calling (to the ministry) came subsequent to attending and joining a church in the fall of 1962,” Capen said.

During a family dispute, his sister asked Capen to speak with her pastor.

“I figured if talking to her pastor will keep her quiet, that's a small price to pay,” he offers. “So he came down … and was so nice. So we felt obliged to go to church.”

He was drawn in by “a barrage of good sermons” and the “warm and friendly” members of the church.

On the way to church one Sunday, a thought popped into his head: “What if I were a pastor?”

“I was shocked that such a thing could even cross my mind,” Capen said. “Between June of ‘63 and February ‘64, every reason that I thought I had for not going into the ministry, God removed one by one. Finally, I didn't have a leg left to stand on.”

He made a habit of staying a long time at his appointments, usually setting a record at each stop.

“When you see people over a long period of time, you see miracles that you never would have dreamed of in their spiritual growth” Capen said. “In a short pastorate, you'd never get to see that kind of thing.”

A difficult trial came in 2018, when he had 20 centimeters of his small intestine removed after nearly dying of septic shock. Then he had a defibrillator installed in his heart, which “really slowed me down.”

After a break for his medical issues and the coronavirus pandemic, he went back into training and started signing up for more marathons. He was in his early 80s by that point.

Now, he still runs all 26.2 miles of the marathons, but sometimes by the time he finishes a race, everybody has packed up and gone home.

“Growing old is a full-time job,” he shares. “It's important to have a close relationship to God. … You have to be in touch with your body, which is one of the privileges of being a marathoner.

“Experiencing God's healing power and regenerative effects on the human body is not only inspirational, but assuring.”

With that, Capen ended the interview to continue his run. He was about four miles from home.

A Christmas bazaar at Shady UMC and a pastoral charge conference had kept him away from training recently.

“I am making up for the two days that I didn't do anything.” 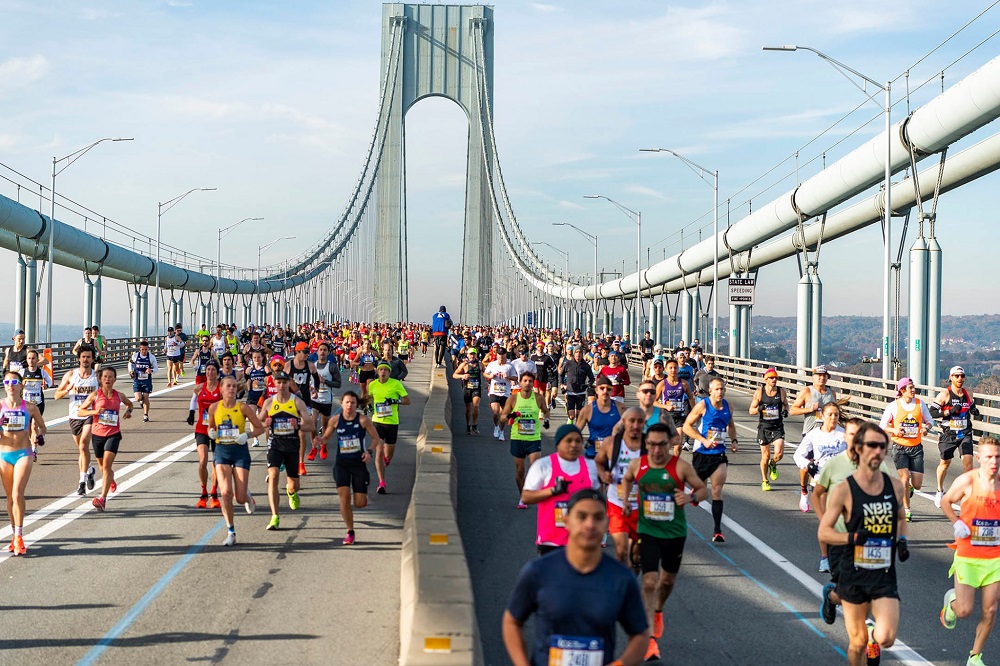