New era for Church and Boy Scouts of America

New era for Church and Boy Scouts of America 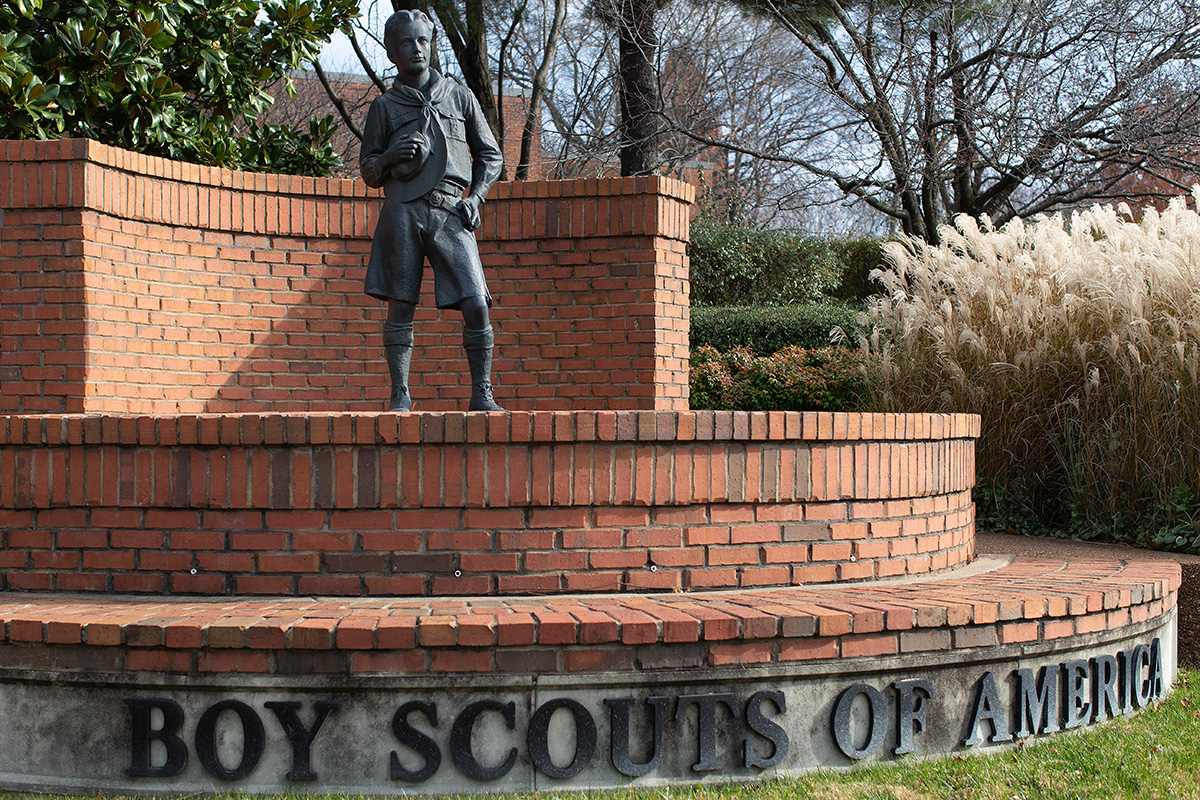 The United Methodist Church and the Boy Scouts of America will continue their longstanding relationship but with significant changes following two years of challenges that included the pandemic and the BSA’s bankruptcy. File photo by Mike DuBose.

The United Methodist Church will continue to partner with the Boy Scouts of America but in a new relationship that should lighten the load for local churches.

That’s a message that denomination leaders are working to get across after a difficult two years that has included the BSA’s child sex abuse-related bankruptcy proceeding and the pandemic.

“We think that Scouting is important ministry,” said Bishop John Schol, during a June 16 webinar for United Methodists interested in the denomination’s future with Scouting. “We want to do everything we can to grow Scouting through The United Methodist Church.”

Going away is the practice of local churches serving as chartering organizations for Scouting groups. Instead, churches will have the option of entering into an affiliation agreement. Essentially, they will be promising to provide space and lots of support to Scouting groups, but supervisory responsibility will rest with local BSA Councils.

“We looked for a new vision of relationship,” said Steven Scheid, director of Scouting Ministry for United Methodist Men, in a press release. “This one is one that will last for the next several generations.”

The United Methodist Church and predecessor denominations have been a partner to the BSA for more than 100 years. Many local churches have not only been the headquarters for Scouting troops and packs, but also have recruited and screened adult leaders.

At the end of May, about 6,600 Scouting units were chartered by United Methodist churches in the U.S. The denomination remains the largest partner of BSA programs.

But as recently as 2020, just over 10,000 such chartering relationships existed between Scouting groups and United Methodist churches.

The pandemic was a factor in the decline, causing some churches to close buildings for more than a year and re-evaluate programming. Scouting groups faced their own COVID-related operational struggles. That was particularly true of Cub Scouts, given that Zoom gatherings with younger kids proved especially hard to pull off, Scheid told UM News.

Another factor was the struggle of the BSA just to survive.

In February 2020, a few weeks before the pandemic gripped the U.S., the BSA filed for bankruptcy due to the growing number of lawsuits from men alleging that they had been sexually abused while in Scouting.

As the BSA entered bankruptcy proceedings, seeking to reorganize and carry on, United Methodist leaders formed a committee to represent the denomination’s interests as a longtime BSA partner.

Church leaders have stressed that dealing fairly and compassionately with abuse survivors has been and remains their No. 1 concern. But they also worried about liability exposure for local United Methodist churches that chartered Scouting groups where abuse was alleged to have occurred.

The settlement also committed the denomination to work in concrete ways toward survivors’ healing, and to review and enhance safety protocols for children and youth spending time on United Methodist church campuses.

The survivors’ fund was at $2.6 billion even before the United Methodist settlement, making the BSA bankruptcy plan the largest sex-abuse settlement in U.S. history.

A federal bankruptcy judge is still considering whether to approve that plan, which has gathered support from a large majority of survivors and other stakeholders.

“We are anxiously awaiting … and anticipate a favorable ruling so that the Boy Scouts can continue to reorganize and continue to serve young people,” Schol said during the June 16 webinar, which drew an audience of some 3,500, with 1,500 more registering to watch later.

But Schol, part of the United Methodist Ad Hoc Committee that represented the denomination in the bankruptcy negotiations, said there was no need to wait for a ruling to move forward with redefining the denomination’s relationship with the BSA.

Indeed, negotiations on that front have led to the BSA and United Methodist leaders arriving at the affiliation agreement. The key changes include having BSA Councils — not local churches — do leadership background checks.

“The church will not sign off on or approve any adult leadership,” Scheid said.

The BSA Councils will have ownership of assets (such as trailers, camping equipment and canoes), while also being responsible for property insurance and providing an Employer Identification Number (EIN) for banking needs by Scouting groups.

Churches signing an affiliation agreement commit to providing meeting and storage space for their Scouting group. They pledge to help with communications, membership growth and fundraising, while also providing spiritual opportunities and support.

The United Methodist Church’s Book of Discipline, in Paragraph 256, describes the position of local church scouting coordinator. Under the new relationship, that person will be key to making sure the church truly is in ministry to the Scouting unit.

There will be a standard affiliation agreement to be used by United Methodist churches in all 50 states. Scheid said a facilities-use agreement also has been arrived at for local churches that only want to provide meeting space.

The affiliation agreement — which also clarifies insurance coverage provided by the BSA — will be shared with churches by June 30. After that, churches can begin right away to work with BSA Councils and Scouting groups in getting the affiliate agreements in place.

Churches can continue their current relationships with Scouting groups until that happens, but the goal is to have all local churches under new agreements by Oct. 31.

Among those pulling for a mutually beneficial partnership between The United Methodist Church and the BSA is the Rev. Greg Godwin, a retired elder in the West Virginia Conference.

As a youth, Godwin earned the rank of Eagle Scout, and as a local church pastor, he worked closely with Scouting groups. He’s currently resident chaplain at The Summer Bechtel Reserve, a BSA-related training and adventure center in West Virginia.

Though he hasn’t followed the negotiations in minute detail, Godwin is ever more persuaded that kids need the outdoors life and values offered by Scouting, and that the church remains well-positioned to help.

“I want to support every effort to continue Scouting in The United Methodist Church,” Godwin said.