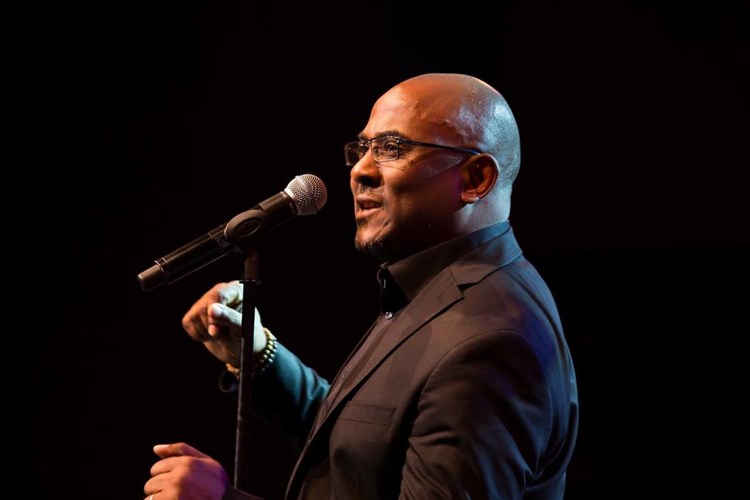 In addition to his role at the 2019 event, Trapp was selected to serve in the same capacity for General Conference 2020, with responsibility for developing the overall worship and music programming and for providing musical leadership at both events. Trapp is director of music at Vanderveer Park United Methodist Church in Brooklyn, and has served as music director for New York Annual Conference sessions for the past six years.

“Raymond’s ability to lead brings those around him to a spiritual place,” said Sara Hotchkiss, business manager of the United Methodist General Conference. “His gift in this area reminds me of John Wesley’s instructions in ‘Select Hymns,’ in which the founder of Methodism exhorts that ‘Above all sing spiritually. Have an eye to God in every word you sing…’”

As director of music and organist at Vanderveer Park, Trapp conducts four choirs, selects and arranges music for all musical productions and annual choral concerts, and developed and implemented a concert series consisting of eight musical performances for the year. His work for the NYAC has included selecting choral repertoire for the conference choir, as well as working with the worship committee in planning all worship services.

“When I consider this honor, a favorite verse comes to mind: ‘We now have this light shining in our hearts, but we ourselves are like fragile clay jars containing this great treasure. This makes it clear that our great power is from God, not from ourselves,” said Trapp, referencing 2 Corinthians 4:7 (New Living Translation).

Trapp has been a music educator, creating and teaching curriculum for grades Kindergarten through 8th grade. He also has developed and supervised all aspects of music ministry at St. Mark’s United Methodist Church when he served as Music Director and Organist at the Brooklyn church. Trapp received a Master’s Degree in Sacred Music, Choral Conducting from Westminster Choir College and has also studied at Juilliard School in New York City.