Russia’s invasion of Ukraine brought calls for prayer and statements of deep concern from United Methodists, as well as a first-hand account from a denomination member in harm’s way.

“We were awakened from deep morning sleep by the sound of explosions and many phone calls from friends,” said the Rev. Oleg Starodubets, a district superintendent who messaged UM News from Kyiv on Feb. 24. “People took their beloved and tried to leave the cities.” 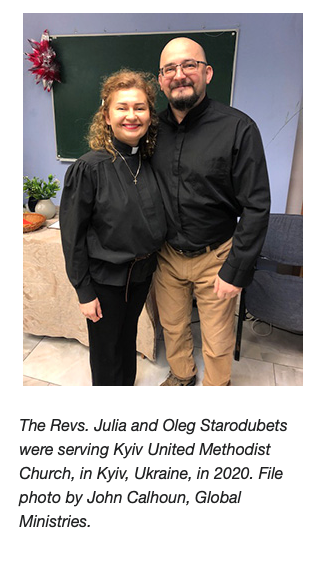 Starodubets said United Methodists in Ukraine are opening churches as shelters. He asked for prayers for peace and a Russian withdrawal from Ukraine.

“Please pray that our people will be able to reach the shelters as many roads are blocked,” he added.

Starodubets posted on Facebook on Feb. 23, as the full-scale attack was imminent.

“A huge tension is felt in our air,” he wrote. “We all pray for peace, but there is a real threat of full-scale war and disunity.”

The Rev. Üllas Tankler, United Methodist Board of Global Ministries representative for Europe, Eurasia and North Africa, said he had been in touch with Starodubets as well as another on-the-ground United Methodist pastor, the Rev. Volodymyr Prokip in Lviv, in western Ukraine.

“(Prokip) says they are keeping vigil in their church, just to be available for any support for people in need,” Tankler said.

“There is war in Europe. Russia has invaded Ukraine, which is a free independent democracy,” Alsted wrote. “War and violence are evil and always entail considerable human costs. The Christian message points to the path of reconciliation and never to war and violence, as a solution to conflicts.”

Alsted also called for prayers for Eurasia Area Bishop Eduard Khegay, who oversees the denomination’s churches in both Russia and Ukraine and is based in Moscow.

After the invasion began, Khegay shared on Facebook his distress at the invasion. The post says in part:

“I am ashamed of my country and hurt for the loss of human lives. This is a disgrace. How many corpses of war should appear in Russia and Ukraine in order for this nightmare to end?” In 2017, Khegay hosted a peace dialogue for United Methodists from Russia and Ukraine, held in Lithuania. 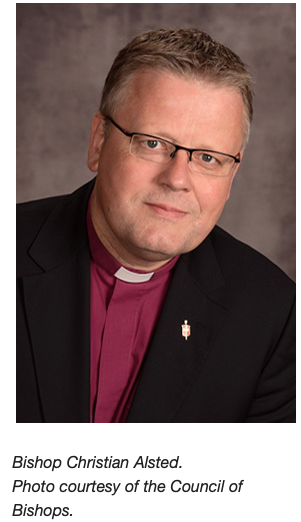 Germany Area Bishop Harald Rückert joined Alsted in an appeal for prayers for Khegay, who he noted “is at the center of the parties to the conflict.” Rückert also called on United Methodists to work for peace.

"Even if it seems naïve in the face of weapons, tanks and massive power plays, 'peacemakers' (Matthew 5:9) and bridge builders are needed more than ever," Rückert wrote in a statement.

Roland Fernandes is the top executive of the United Methodist Board of Global Ministries, and he issued a statement on behalf of the denomination’s mission agency.

“We join many Christian leaders and organizations worldwide in deploring the Russian invasion of Ukraine on February 24, and we ardently pray for a redirection of military action toward diplomatic measures to resolve grievances,” he said.

Fernandes added that the United Methodist Committee on Relief is in communication with partners in the region, exploring the coordination of humanitarian response in Ukraine.

Russia’s invasion of Ukraine was noted by New York Conference Bishop Thomas Bickerton as the Commission on the General Conference met on Feb. 24 to consider whether the legislative assembly can go forward.

“We gather to discern about a meeting, but in a part of the globe today, there are people who are discerning about their very lives,” Bickerton said, going on to call for prayers for peace.

“United Methodist Women is watching this Russian aggression against Ukraine in horror and in fervent prayer,” the group said in a statement. “We have worked for years with women’s peace networks in Eastern Europe and we stand in solidarity with the Ukrainian women and people against this unjustified invasion and war.”

Some local church pastors offered statements, among them the Rev. Adam Hamilton, who leads the United Methodist Church of the Resurrection, in Leawood, Kansas — the denomination’s largest in weekly worship attendance. 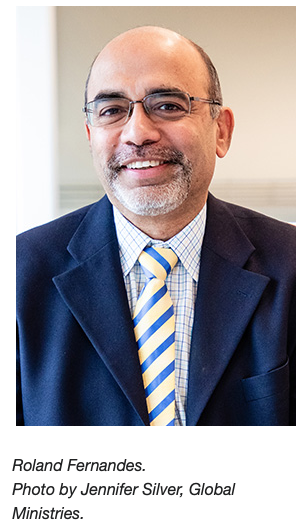 “Launching unprovoked attacks on a sovereign nation without any evidence of an impending threat is immoral and unethical,” Hamilton said on Facebook. “It is immoral regardless of who does this. … I am praying for wisdom for the diplomats and heads of states working to address the situation.”

Fernandes, in his statement, noted that broken ties between Methodist communities in the Soviet bloc and The United Methodist Church were reestablished in the 1990s by various mission initiatives related to Global Ministries.

“We have placed numerous missionaries and young adult Global Mission Fellows in the region over the years and accept applications for missionary and mission volunteer service from both countries,” he said. “We currently have no mission personnel in Ukraine.”

The United Methodist Church’s finance and administrative agency puts the membership of the Ukraine-Moldova Provisional Annual Conference at 351, but that statistic dates to 2017.

Conflict in 2014, particularly in eastern Ukraine, caused United Methodists to join others in fleeing their homes and resulted in the disbanding of one United Methodist congregation, Khegay reported in 2017.

The Rev. John Calhoun, a Global Ministries missionary currently based in Austria, but before that in Ukraine, wrote an essay in 2020 about armed conflict in the eastern part of Ukraine and its implications for United Methodist life in the country.

Donations can be made to the United Methodist Committee on Relief’s International Disaster Response and Recovery through Advance #982450.

The Love Your Neighbor Coalition, comprising official United Methodist ethnic caucuses and unofficial advocacy groups, invites United Methodists from around the globe to an online prayer vigil for the people of Ukraine at noon U.S. Eastern time Feb. 26. People can register here.