Virtual Church Will Continue After COVID-19

Virtual Church Will Continue After COVID-19 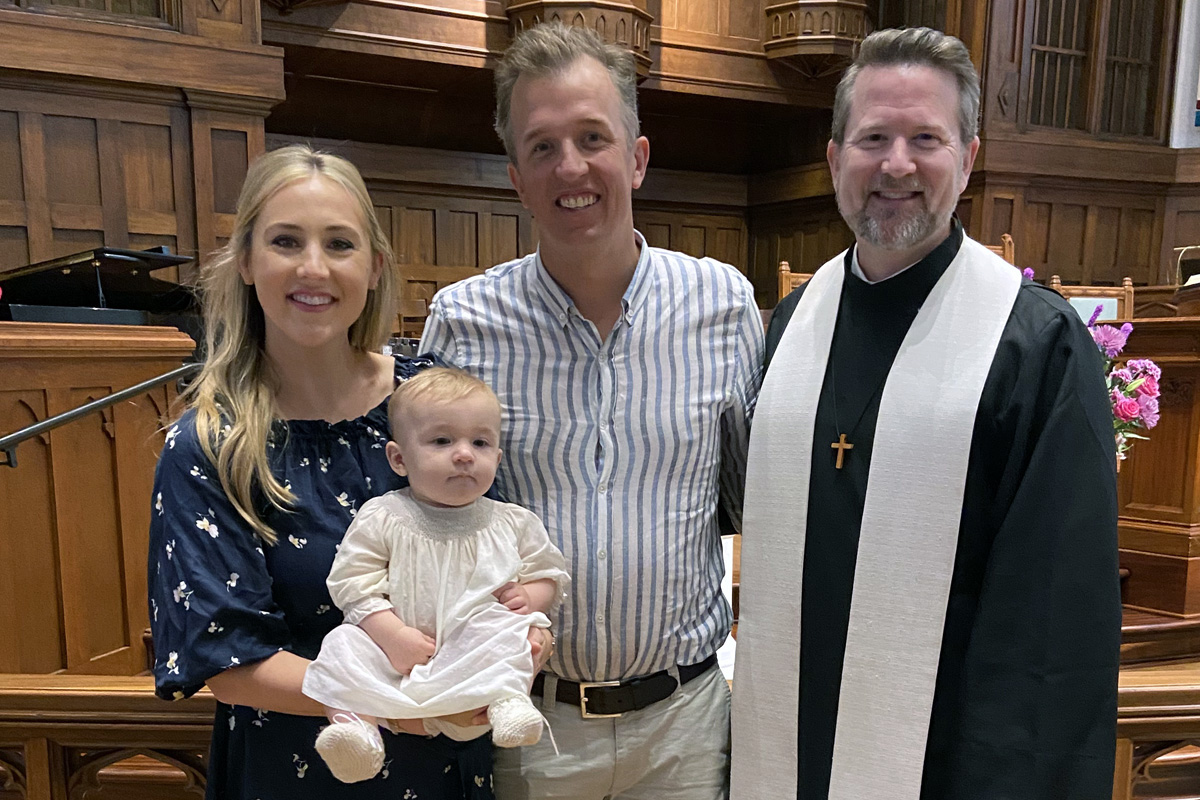 Doing church on the internet isn’t going to fade away even if COVID-19 does, according to a United Methodist pastor in Louisiana.

“I have seen the Holy Spirit working in more powerful ways through the online ministry in the last couple of years than I have through in-person ministry,” said the Rev. Brady Whitton, senior pastor at First United Methodist Church of Baton Rouge.

Kayla Alexander is that Australia resident. She moved there after meeting husband Jamie, a doctor, while on an extended visit. Since their marriage, they have added sons Levi, Brooks and Brady to the family.

They brought Brady to First United to be baptized during a visit. Though the youngster isn’t directly named for the lead pastor at the Louisiana church, it isn’t entirely a coincidence either.

“He was born during lockdown,” Alexander said. “We came up with the name while we were watching (the Rev.) Brady’s sermon.”

Alexander attended the church intermittently as a girl, and reconnected through its internet ministry when Melbourne enacted one of the toughest isolation policies because of COVID-19.

“I was baptized there, along with my cousins,” she said. “But I attended other churches because we actually lived in Denham Springs (Louisiana), not in Baton Rouge, where it is.”

Whitton’s sermons kept her coming back to worship during lockdown.

“We prefer being in person,” Alexander said. “But with the online services, I felt like I was getting a touch of home. The sermons were so great … and it did feel like we were in person because I still was able to receive the message and listen to their beautiful music.

“It offered hope in an uncertain time.”

“At certain moments, it would seem as though Rev. Brady would be speaking directly to me,” Millican said. “Watching his sermons allowed me to sense God's presence.”

Whitton’s message that Millican didn’t have to live in pain got through to him at a difficult time.

“I was going through my depression and anxiety because I had a rough spring semester (working toward a master’s degree in library science) in 2021,” he said. “There was a time when I didn't know if I was going to make it or not.”

Because of his disability, he has often been treated “like a piece of furniture,” Millican said. He also had a drinking problem before quitting alcohol in 2019.

“I was mild-mannered and didn’t speak up for the longest time,” he said. “What I can say about the online ministry is they heard me loud and clear and said, ‘Come on!’”

His disability, which makes it difficult but not impossible for him to drive, is a non-issue with his church friends — as is his sexuality, he said.

Millican, who describes himself as “a GLBT Christian,” said, “Brady told me that I am a child of God, that I am welcome in his church, that I am fit and worthy for ministry.”

A sermon Whitton preached about the pastor’s brother Rocky, who died as a result of AIDS, was powerful, Millican said.

“His brother was a lifelong Methodist,” he said. “Even though he came to church, it was just difficult for them to acknowledge that he had AIDS.”

At one point, Whitton looked right at the camera and said: “You’re loved. You’re wanted. You’re a child of God.”

Millican said it was something he needed to hear.

Now, he is one of the hosts of First United Methodist’s online ministry and hosts a virtual Bible study once a week.

“I definitely enjoy the online ministry,” Millican said. “I enjoy the opportunity to study with like-minded individuals and I’m excited about the social justice angle that the church is taking because I believe that we can’t close our eyes to the injustices of the world.”

Whitton offered another successful internet story, through a program called Next Steps. When someone visits the church three times — including virtually — they are invited to a dinner to learn more about the church. Sometimes it’s held at the pastor’s home, other times at a restaurant.

One woman, who is in her 70s, had never stepped foot in the church. But on her first outing since COVID-19 hit, she showed up at the Next Steps dinner.

“Well, this past Thursday, guess who walked through the door of the Bible study?” Whitton said. “So she’s gone from being an online worshipper, attending one social event, doing an online Bible study — and now she’s in-person at the Bible study. So there, you can see how the online outreach works.”

The pastor said that the internet ministry is “going full steam ahead,” regardless of the status of the coronavirus. Whitton leads two Bible studies during the week, both hybrid, he said, “So I have people in the room and I have people online, and we’re going to continue to do that.”

“It is a little bit of a struggle because I think the tendency is to say, ‘OK, that season is over,’” he said.

“But I personally have seen too much fruit borne from it. I’m a convert.”

Patterson is a UM News reporter in Nashville, Tennessee