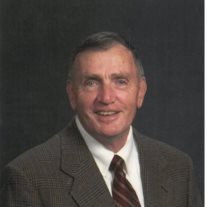 Let us remember the Reverend Jack Larry Sharpe, age 74, of Matthews, North Carolina who died on March 31, 2014. He is survived by his wife of nearly 50 years, Jean Clark Sharpe; their daughter Beth Sharpe of Charlotte, and her daughters; their son, Chris Sharpe and his wife Kristen Sharpe of Indian Trail, and their children. He is also survived by two sisters, as well as several nieces and nephews.

Larry was born June 8, 1939, in West Point, Georgia. He graduated from Valley High School in Valley, Alabama, Birmingham Southern College and Duke Divinity School. While he was at Duke he met Jean who was also a student at the university and they were married January 30, 1965 in the Duke University Chapel. Larry was ordained a Methodist pastor in the North Alabama Annual Conference as Deacon in 1966 and Elder in 1968. After serving churches in Alabama he became a chaplain at Norwich State Hospital (1968-1970) followed by a transfer of his membership to the New York Conference in 1970. After his appointment to Stamford: Ridges (1970-1972), he joined the U.S. Navy as a Chaplain and served from 1972 to 1997 before retiring with the rank of Captain. During his long naval career, he served with USMC Infantry Battalion and on board naval vessels including destroyers, cruisers and the aircraft carrier USS Kitty Hawk. He served various shore commands which included hospitals, the Chaplain Resource Board, and the Armed Forces Staff College. One more pastoral appointment remained when he was appointed to Sayville (1997-2002).

Larry retired from the New York Annual Conference in 2002, three years later the Sharpes moved to Matthews, NC to be near their children and grandchildren. He loved to play golf, sports, reading and gardening. He is lauded as a “compassionate minister, a wonderful, caring husband and father and the best ‘Grandpa’ ever to his grandchildren. His infectious laugh and great sense of humor will provide special memories for years to come.”

A memorial service will be held this Saturday, April 5 at 2 pm at St. Stephen United Methodist Church, 6800 Sardis Road in Charlotte, NC with the Reverend Tom Latimer officiating. There will be a reception immediately following the service. Memorial gifts may be made to St. Stephen Church.