The Reverend Clyde A. Anderson

The Reverend Clyde A. Anderson 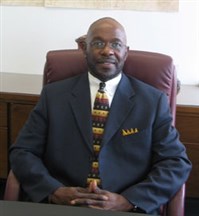 Let us remember Rev. Dr. Clyde A. Anderson who died on August 13, 2015.  Rev. Anderson was the former executive director of the United Methodist City Society.

Between 1972 and 1986 Rev. Anderson served churches in the South Carolina Annual Conference, where he received his deacon’s orders in 1978 and his elder’s orders in 1980. A humanitarian and world traveler, between 1987 and 2003 he served as executive secretary for the General Board of Global Ministries in both the National and World Program Divisions with specific mission responsibilities throughout the United States, Africa, the Middle East and Europe. He traveled abroad extensively for more than a decade building bridges and strengthening partnerships between ecumenical and tribal groups under the leadership of GBGM. In his relationship with religious and government leaders, he led The United Methodist Church in analyzing and evaluating the context in which the church is called to Christian ministry in Sub-Saharan Africa. His work to challenge and empower oppressed people was widely recognized.

A funeral will be held at 7:00pm on Wednesday, August 19, 2015 at Springfield Gardens United Methodist Church, 131-29 Farmers Blvd., Springfield Gardens, NY 11434. Clergy are asked to wear black robes with white stoles. Viewing will be from 5:00-7:00pm prior to the service. Committal will be in his hometown, Mayesville, South Carolina.