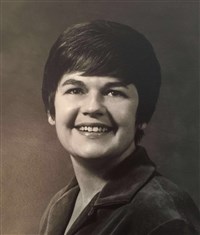 Let us remember Mrs. Jean Waters, a disciple of Christ and a loyal member of the household of faith! She was the widow of the late Rev. Barber L. Waters, a member of the New York Conference who died on June 5, 2005; by God’s grace they were reunited on the occasion of her death, July 17, 2014. They are survived by two sons, Brian and Craig Waters.

While at school Barb was appointed to Simpson Church, Amityville. Departing Suffolk County, most of their home life and ministry can be described as in “urban” communities: Manhattan’s St. Paul & St. Andrew; Asbury Crestwood in Yonkers; and Memorial in White Plains. The Waters moved into the Connecticut West District parsonage for six years, 1984-1990 then he retired.

Anyone who knew Jean realized where she stood on any issue; she was well-read, articulate and witty. Theater was one of her great interests, especially musicals. A retired member of the conference recalls her ministry as a great youth worker; she would take teenagers from Harlem on camping trips. Several times, Dorothy and I were guests at the Water’s lovely cabin on Lake Arab in the Adirondacks where conversations seemed endless (in a wonderfully, engaging way). On one occasion Jean enlisted me to help convince Barb to publish some of his sermons; he was a “wordsmith,” thus an inspiration to many preachers in the conference. It may be said, “Behind Barb was a great woman,” but the grace and gifts she employed revealed her greatness as a woman of faith!

Dates and locations of services and interment were not available as this notice was prepared.