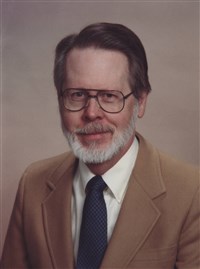 Let us remember the Reverend Thomas Frank Beveridge, age 75, who passed away unexpectedly at Hartford Hospital on October 12, 2014. The son of the late Clayton and Margaret (Auten), he was born on July 9, 1939, in Middletown, CT and grew up there. He was a graduate of Grinnell College and had a Master of Divinity degree from Drew University Theological School, a Master of Arts in Counseling from the University of St. Joseph, and a Doctor of Ministry in Psychology and Clinical Studies from Andover Newton Theological School.

For 49 years Tom was the loving husband of Amy (Anderson) Beveridge. In addition to his wife, he is survived by their son, Thomas Andrew Beveridge, of Wilmington, NC, his sister Lois Czachorowski and her husband Phillip, of Walpole, MA and their children Adam, Paul and Margaret.

His first formal step in the journey to ordained ministry began with a Local Preacher’s License in 1958. In June 2014 he celebrated the 50th anniversary of his ordination as a deacon in the New York Conference of The United Methodist Church. He was ordained an elder and became a full member of the conference in 1966. “Retirement” officially began in 2002.

Since 2006, Rev. Beveridge served as an Ecumenical Associate at Christ Church Cathedral of The Episcopal Church in Connecticut. At Christ Church Cathedral, he was active in Church Street Eats ministry which serves the homeless and others in need. He was a leader in the Cathedral’s healing ministry and Adult Christian Formation. He was a member of the Order of Saint Luke, a religious order whose calling is to liturgical/sacramental scholarship, teaching and practice. For several years, he served the Order as its first Pastoral Care Officer.

A devout and dedicated pastor, Tom used his special gifts in helping others on their spiritual journeys, and was able to reach out to many in personal and meaningful ways and especially to those who asked for healing. He had a passion for ecumenical and interfaith ministries, and will be deeply missed by all who were privileged to know him.

A celebration of Tom’s life and ministry will be held at 11 a.m., Saturday, October 18, 2014, at Christ Church Cathedral at Main and Church Streets, downtown Hartford. A reception will follow in the Cathedral House Auditorium at which his family will greet friends. Validated parking will be available in the MAT Garage on Church Street next to the Hartford Stage.