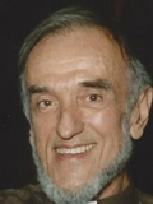 Let us remember with gratitude to God as we prepare to celebrate Thanksgiving Day the life and ministry of the Reverend John Edwin Swords. He was born on October 22, 1920 and joined the heavenly host on November 22, 2013. His final day is described as “peaceful” with visitations from children and grandchildren, while listening to them sing many of his favorite hymns and German folk songs accompanied by viola and violin.

The memorial service is planned for this Friday, November 29 at the University United Methodist Church, 1085 E. Genesee Street, Syracuse, NY 13210. Visitation will be from 12:00 midday to 2:00 p.m. The committal service will be held at a date to be determined in the spring at Highland Mills Cemetery in Highland Mills, NY. The family encourages donations to University UMC, Peace Action of Central New York, or Syracuse Habitat for Humanity.

John Edwin was born in Rheineck, Switzerland on October 22, 1920 to Rev. Albert E. Swords and Lilly Gertrude Funk Swords. He and his five siblings were raised in eastern Germany between the two world wars – a time of great economic and political turmoil. He immigrated to the U.S.A. in 1940 working as a toolmaker to earn passage for the rest of the family, who joined them in 1942. John served in the U.S. Navy from 1944-1946. John and Alison Moore were married in 1948. He attended Cornell College and earned degrees from the University of Denver, Drew University and master’s degree in Pastoral Counseling in 1972 from the New York Theological Seminary.

Rev. Swords had 36 1/4 years of effective service as a United Methodist pastor. Through the Upper Iowa Conference he received a Local Preacher’s License in 1948; two years later he was received on Probation in the New York Conference; followed by Deacon’s Orders in 1951; two years later he was ordained Elder and became a Full Member of the NYAC; retiring in 1986. His appointment history began in 1949 to a five point charge: Long Eddy, Goulds, Rock Valley, Pea Brook and French Woods; Modena and Clintondale (1953); Central Valley and Highland Mills (1957); Cutchoque (1964); Staten Island: Christ (1967); Goshen (1971); First German (1973); Ossining: Highland Avenue (1975); Staten Island: Bethel (1977); Hancock: Emory (1982) until he retired on July 1, 1986. Highlights of Rev. Sword’s ministry include helping establish camping programs at camps Epworth and Kingswood.

In 2003, he was predeceased by Alison, his wife of 55 years. John is survived by his brother, a sister-in-law, children, Peter, Mary, Marti, Sarah and Andrew, their spouses; 11 grandchildren and many nieces and nephews including Rev. Jim Moore, Superintendent of the Catskill Hudson District.

The Service of Committal for the late Rev. John E. Swords, retired NYAC clergy (who passed away last fall) will be held on Saturday, August 30th at 2pm in the Cemetery of the Highlands, Highland Mills United Methodist Church, led by his nephew the Rev. James Moore, superintendent of the Catskill-Hudson District. John and Alison's five children and their spouses invite friends, colleagues and former parishioners to join them for this informal graveside service and tribute, followed by conversation in the fellowship hall of the church.