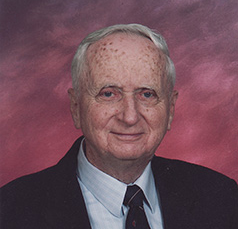 Let us remember with grateful hearts the life and ministry of the Reverend George Czar who died on October 9, 2013 at the age of 85 years.

George was born on December 4, 1927 in Plymouth, Pennsylvania. He graduated as valedictorian of Luzerne High School and then served in the Army Air Corps from 1945 until 1948. After the service, he attended Oberlin College, graduating in 1951. In 1955, Rev. Czar graduated from Yale University’s Divinity School. While in Oberlin, George married Marion Shonk in 1950. When speaking of Marion, he said, “She has been my friend, my partner and the mother of our four children. Without her patience, skillful support and partnership, over 50 years of active ministry in the New York Conference of The United Methodist Church would not have been possible – let alone somewhat successful!”

Surviving, in addition to Marion, are their children, George, Stephen, David and Susan Terwillegar; and seven grandchildren.

The Czar family requests that memorial contributions be made to the United Methodist Committee on Relief (UMCOR), 475 Riverside Drive, Room 1520, New York, NY 10115, or www.umcor.org.