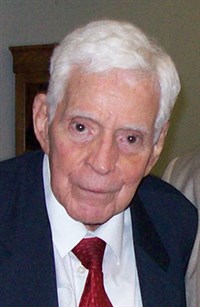 Let us remember with thanksgiving the life and ministry of the Reverend Alfredo Cotto-Thorner who “has passed on to be with our Lord Jesus Christ” as of Thursday night, October 3, 2013. According to Milagros Solorzano, pastor of Brooklyn: New Jerusalem, Rev. Cotto-Thorner died at New York Methodist Hospital. Dorothy Lee, his wife, died in July of 2007.

Rev. Cotto-Thorner entered the ordained ministry through the Baptist church in 1944 and was received as an Elder and a Full Member of the New York East Conference in 1955. At the same time he was appointed to Brooklyn: South Third Street where he served until his retirement in 1988. The following year he served on the staff of Community Church, Jackson Heights as the Hispanic Associate (1989-2009).

May Pastor Alfredo be received in the arms of our Redeemer and be reunited with those he loved and served so faithfully as a minister of the Gospel!