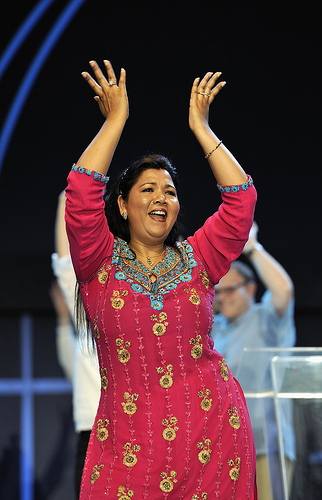 Deaconess Nazgul William was known for her smile and vivacious love of life. Her laughter was infectious, and when she danced you couldn’t help but join her. “Naz” to her friends, she dedicated her life to ministries of care and compassion and was looking forward to sharing what she had learned about women’s issues and gender inequality in Asia having just completed a two-month course in the Philippines.

Her life abruptly ended July 17, 2013, in Beijing, China. While out for an afternoon walk near a shopping center, she was one of two people stabbed by a young man in what was reported as a random act of violence due to mental illness. She was visiting Beijing after attending the World Diakonia conference in Berlin, Germany.

Born in Lahore, Pakistan, Ms. William became the first Pakistani deaconess of The United Methodist Church at her commissioning in 2005. From a young age she felt God’s call to dedicate her life to love, justice and service. Her deaconess ministries included working at the Brooks-Howell Home in Asheville, N.C., and translating materials from the United Methodist Women’s Bible Women Program into Urdu, the native language of Pakistan.

Copy for this announcement was prepared by Myka Kennedy Stephens, a United Methodist deaconess appointed as an independent information professional in the Northern Illinois Annual Conference.