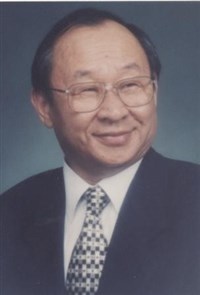 Poong Ro Cha was born in Shin-Chang, Korea in 1930. Rev. Cha was ordained an elder in the Korean Methodist Church in 1956. His ministry in Korea included service as an army chaplain (’56-’60); director of the Wonju Christian Center, Wonju, Korea (’60-‘66); and professor at the Methodist Theological Seminary in Seoul, Korea (’66-’81). With his arrival in the United States, he earned a master of religious education degree from Garrett Theological Seminary, Evanston, Ill., and the doctor of ministry degree from Claremont Theological Seminary in Claremont, California. Dr. Cha became a full member of the New York Conference of The United Methodist Church in 1981. That year he became pastor of the Mid-Hudson Korean UMC in Poughkeepsie, NY (’81-’87); then served as the mission superintendent of the Eastern Seaboard Korean Provisional Mission of the Northeastern Jurisdiction (’87-’95). Following a disability leave, he retired in 2000. Rev. Dr. Cha most recently served as a retired pastor on the staff of Bethany Church in Wayne, NJ. Rev. Cha served the Lord with passion through preaching, teaching, and music. He taught Christian education and human relationship at the seminary and applied the principles of his teaching in his ministry.