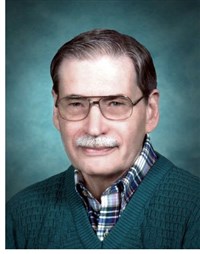 Let us remember with thanksgiving the life and ministry of Gregory Francis Black, 76, of Evansville, IN who died peacefully at home surrounded by his family on Wednesday, November 3, 2021. Greg, the son of Rev. Gene F. Black, grandson of Rev. John B. Glenwood, brother of Rev. Betsy J. Ott and uncle of Rev. Gene I. Ott, was an active and engaged United Methodist layperson his entire life.

Greg was born in Catskill, NY to Faith and Gene Black. During his childhood his father attended seminary in New York City and served various churches in the Hudson Valley and Catskills region of New York, including Garrison, Summit, Delhi, and Coxsackie. It was in Delhi that Greg bought his first bike, a turquoise Schwinn, which hinted at a later passion for cars, including a red 1964 MG he proudly restored and enjoyed driving around Evansville in recent years. Greg attended Coxsackie-Athens Central School, graduating in 1963. During these years Greg also worked summers at the newly purchased Camp Epworth, where he and the other young men employed there tore down old buildings and established the Manor House as the center of the camp (while they lived in the roughly converted barn).

Greg enrolled in Evansville College in the Engineering Program and met Frances Cobb, a nursing student and the love of his life, at the freshman mixer. Married for 54 years, Fran and Greg lived in St. Louis briefly, and then returned to Evansville where they raised their three daughters and developed their careers. Greg was employed for 44 years as an engineer with Louisville Gas and Electric, and was rehired post retirement for his expertise in many areas, especially his ground-breaking work with the E.P.A. Greg traveled extensively while researching power plants and energy options, including in Eastern Europe, France, the Caribbean and the United States.

Greg was an active member of the Methodist Temple in Evansville, where he served for many years on the Board of Trustees. He also was very involved with the church mission to Guatemala, participating on the mission team several times. Greg, who could fix almost anything, took his interest in technology into retirement as a he formed a free consulting “business” for the elderly and would assist them with learning and repairing computers and other equipment. He loved to travel and enjoyed numerous cruises and trips with his wife and friends. He especially loved visiting with family.

After beating prostate cancer several years earlier, Greg was diagnosed with pancreatic cancer in the spring of 2021. He is survived by his wife, Fran; three daughters, Lisa Zaleski, Erin Black, and Amy Black; his sister, Betsy; an uncle, Larry Black; several cousins; his grandchildren, Eden and Delia Zaleski, and Anya and Ella Black-Andrade; and numerous nieces, nephews, brothers and sisters-in-law.

A service of Death and Resurrection was held on Saturday November 13, 2021 at the Methodist Temple, followed by the interment of ashes in the Temple columbarium. Memorial contributions can be sent to: Mission Guatemala or The Methodist Temple Trustees Special Fund.