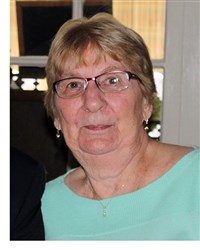 Let us remember with thanksgiving the life and ministry of Patricia C. Barnes, 86, of Avon, CT, who died on Tuesday, February 15, 2022 at the John Dempsey Hospital of the University of Connecticut Health Center in Farmington following a brief illness. Patricia is the wife of retired pastor Rev. William Seth Barnes.

Pat was born on March 7, 1936 in New Britain, CT to Edward and Bertha Corcoran. Educated in the New Britain and Bristol public school systems, she graduated from Bristol High School in 1954. She became licensed in nursing as an LPN through the Goodwin Technical School and Yale New Haven Hospital School of Nursing, and completed courses in Health Care Management at St. Joseph College in Windham, ME.

Pat worked in several venues as a nurse, including hospitals, nursing homes, physician offices and the American Red Cross. She retired from Apple Rehab of Avon in 2011 as Resident Care Coordinator.  After retirement, she became a volunteer for Mclean Hospice Care in Simsbury, CT.

Her many other volunteer activities included Girl Scouts and the League of Women Voters, as well as active involvement in many church-centered activities including teaching and leading the effort to establish Covenant to Care at Prospect UMC in Bristol, CT.

She treasured the memory of summer vacations with her family at their cottage in Madaket on the Island of Nantucket. Along with her husband, Pat led travel-study tours to Israel, Egypt and Jordan; a Wesley Study Tour in England and Scotland; a Christian Heritage tour to the Oberammergau Passion Play in Bavaria including touring in Austria, Germany and Switzerland; and an American Heritage tour to the Pacific Northwest, Alaska and the Yukon Territory in Canada.

In addition to her husband of 64 years, William, she leaves her son Richard Seth Barnes of Reunion, FL; her daughter-in-law Maureen Barnes of Avon, CT; her daughter, Rebecca Barnes Reppucci and her husband, Steven, of Lakeville, MA; and four grandchildren, Christopher Seth and Emma Nicole Barnes, and Anthony Steven and Zachary William Reppucci. She was predeceased by her son Ronald William Barnes and her sister, Joan (Corcoran) Mulligan.

She also leaves her brother-in-law, James Clarkson Barnes and his wife, Ruth, of Glenwood Springs, CO; her sister-in-law, Kathryn Barnes Dube and her husband, John, of Bristol, CT; five nieces and a nephew; and several grand-nieces and grand-nephews.

A memorial service will be held at the Carmon Funeral Home & Family Center, 301 Country Club Road, Avon, CT on March 12, 2022 at 11:00am with a reception to follow. Burial will be at the convenience of the family. Memorial contributions may be made to American Red Cross Disaster Relief, PO Box 37839, Boone, IA 50037-0839. For directions or to leave condolences, please visit the Carmon Funeral Home website.