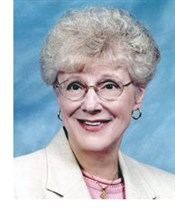 Let us remember the life and ministry of Geraldine B. Klein, 86, of Latham, NY, who died on Monday, March 11, 2019 after a battle with pancreatic cancer.

She was the widow of Rev. Robert Andrew Klein, who served 37 years in the UMC, in the Central Illinois, Rocky Mountain, New York East, Troy and New York conferences. In New York East he served Elmont and Northport between 1958 and 1964, and in New York he served Beacon UMC from 1979 to 1983, when he retired. He died in December 2000.

Geraldine was born to Walter G. Ericson and Mae L. (Couillou) Ericson in Huntington, NY and grew up in Northport and Greenlawn, NY. She graduated from Huntington High School in 1950. In 1951, she married Edward N. Bellois and lived in Northport raising two sons, Richard and Roger, until Edward’s untimely death in 1961. In 1964, Geraldine married Robert Klein and the family moved to Lansingburg, where their son Paul was born. Geraldine and Robert lived in several different locations in New York, including Plattsburgh, Scotia and Beacon. Soon after Robert's retirement they moved to Cohoes where Geraldine worked for a time at Cohoes Savings Bank.

A memorial service to celebrate Geraldine's life was held on Saturday, April 13, 2019 at the Calvary United Methodist Church, 15 Ridge Place, Latham, NY. Interment will be private. In lieu of flowers, donations may be made to Community Hospice, 310 S. Manning Blvd., Albany, NY, 12208.