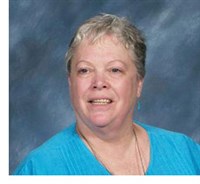 Let us remember with thanksgiving the life and ministry of Pastor Susan M. DeSousa, 75, who entered the church triumphant on Monday, December 24, 2018 in New Milford, CT.

Susan was born on February 3, 1943 in Detroit, MI. A 1964 graduate of the University of Michigan, Susan was in Alpha Phi sorority and remained an avid fan who could sing the fight song like no one else. Go Blue!

Susan was pastor at South Meriden Trinity UMC from 2000 until she retired in 2011. While at SMTUMC she spearheaded the creation of the adjacent Unity House with a mission of creating safe and loving homes for the settlement of refugees displaced by war and violence around the world.

Previous vocations ranged from personal organizational assistant to the conference management profession to award-winning educator. Susan was a school teacher while living in Jackson, MI and was elected to the Jackson Public School Board from 1974-1976 prior to moving to CT. She was awarded the Distinguished Service Award and received special recognitions for her service in that role. She had a love of music across many genres, and was a talented singer in both professional and amateur venues, bringing joy and inspiration to her listening audience. She believed that "one who sings, prays twice." Susan was strictly authentic, fiercely loving, and had a sharp wit that could make you laugh even in the most difficult of circumstances. She had a way of making you feel safe and unconditionally supported that was rare and special, and endeared her to many people across her life of service. She will be deeply, dearly missed.

Donations may be made in Susan's name to the National Kidney Foundation and the National MS Society. Rev. Karen Cook and Rev. Ken Kieffer presided at a private memorial at Susan’s home in New Milford on January 12, 2019.