The Reverend Arthur A. Hewitt

The Reverend Arthur A. Hewitt 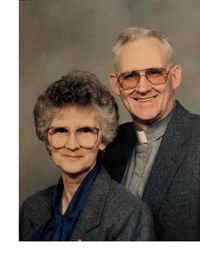 Let us remember with thanksgiving the life and ministry of Rev. Arthur Alden Hewitt, 86, who completed his life of committed service to God, country, and family on Tuesday, December 8, 2020, when he died at Glens Falls Hospital, in Glens Falls, NY.

Arthur felt a strong call to the full time Christian ministry in late high school. He was ordained as an elder in full connection in the New York Conference in 1960, at Salem UMC in Harlem. Art graduated from Allegheny College in 1956 with a BA in philosophy and religion, and from Drew Theological School with a master’s degree in divinity in 1959. While a student at Drew, Arthur served NY Conference churches in Otisville and Westbrookville in Orange County, NY and White Lake, Mongaup Valley and Hurd in Sullivan County, NY.

After graduation and ordination, Arthur and his family moved on to serve churches in the Hudson Valley region at Milton, Marlboro, Bellvale, Sugar Loaf, Warwick, Goshen, and Catskill, NY, where daughter Gabrielle graduated from high school. In 1982, Art and Betty moved with their son Robb to Wethersfield UMC in CT, where Robb graduated from high school. After serving for 11 years in Wethersfield, the Hewitts moved back to New York to serve in Betty’s childhood home of Cornwall, from which they retired in 1997.

Just prior to retirement, Arthur and Betty built a house on some inherited family property in West Fort Anne, NY on a small lake called Copeland Pond. Arthur and Betty lived out their life’s dream of peace together with one another for the 12 years until Betty’s death on December 21, 2009.

While serving as a pastor, Arthur undertook a number of connectional responsibilities. He most enjoyed a number of years of service to the NY Conference camps at Kingswood, Epworth, Quinipet and Sessions Woods. He also served on the Conference Board of Missions and Board of Education, and as a member of multiple district and conference councils on ministries. Later in his ministry, Arthur served as NY Conference Disaster Coordinator, chair of the Nominating Committee, and coordinator of the Annual Conference Sessions Committee from 1990-1992, facilitating the transition of the yearly conference gathering from the University of Bridgeport to Hofstra University.

Arthur’s call to ministry and service included service to his country. He was commissioned as an Army Reserve chaplain (1st Lt.), in 1960, serving the 854th Engineer Battalion out of Kingston, NY. Through humble and consistent service over the years, Art was promoted to captain in 1964, major in 1972, lieutenant colonel in 1978, and “full bird” colonel in 1983. After serving the 854th in Kingston, he served the 364th General Hospital out of Albany, NY, and then the 340th General Hospital out of New Haven, CT.

Arthur also served the communities where he lived, including as chairman of the Warwick Area Migrant Committee, chaplain of fire departments in Otisville, Milton, Kauneonga Lake and Catskill, and as an EMT for Goshen Volunteer Ambulance Corp. and Catskill’s Citizen’s Hose Rescue Squad.

The pride and joy of Arthur’s life was his devotion to his beloved wife and partner in life and ministry for 47 years of marriage, Beatrice Elizabeth (Gregory) Hewitt. Art is survived by their two children, Gabrielle and Robert (Robert is the pastor at First UMC in Stamford, CT); five grandchildren, Anthony, James, Iseabailla, Matthew, and Benjamin; and four great grandchildren.

A celebration of Arthur's life will be planned for a safer season when current pandemic precautions have been substantially lessened.