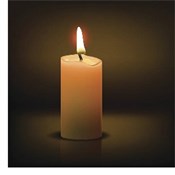 Let us remember with thanksgiving the life and ministry of Rev. Bernice F. West, 92, of Livingston, NY who died on Saturday, July 13, 2019.

Bea, as she was called, was born on March 20, 1927 in Wappingers Falls, NY, the daughter of Manuel and Mabel Fernandez. She worked in various capacities throughout her life, helping to establish the library at Vassar College before going to work for a real estate broker and later as a legal secretary. Bernice also worked for a several years as an activities aide at the former Adventist Home in Livingston, NY.

In 1984 Bernice was licensed to preach as a local pastor and served congregations in Holmes, Wiccopee, Dover Plains and Wingdale. Bernice continued to feel called, and in 1993 she was ordained an associate deacon. Bernice retired in 1997. However, in retirement from 2004 until 2013 she served churches in Germantown, Elizaville, West Taghkanic and Glenco Mills. She also was a member of the Germantown UMC choir. In her later years, her daughter, Judy, a certified lay servant, took her mother to her various churches and assisted her in this ministry.

Bernice is survived by five children, Judi Bathrick, Nancy Sommerville, Deborah Boseman, Anthony Leggio, and Michael West, as well as by many grandchildren and even more great-grandchildren. Also surviving are two brothers, Manuel and Robert Fernandez. She was predeceased by her two husbands,  Vincent James Leggio and Thomas West, as well as by her son Vincent J. Leggio and her brother Richard Fernandez.

Donations in memory of Bernice may be made to the Elizaville Food Pantry, 740 County Route 2, Elizaville, NY 12523.