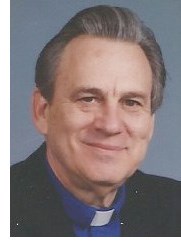 Let us remember with thanksgiving the life and ministry of Rev. Dr. David James Randolph, Jr., 87, who died at his residence in Santa Rosa, CA on Saturday, February 26, 2022.

David was born on May 13, 1934 in Elkton, MD. He graduated from the University of Delaware in 1956 and entered Drew University School of Theology, where he studied with Carl Michalson, Stanley Hopper and Jane (Karlin) Dillenberger.

In 1957 David was ordained a deacon and became pastor of Hockessin UMC in Delaware. Ordained an elder in 1959 in the Peninsula Conference, David graduated from Drew School of Theology cum laude with a prize in Homiletics and began his Ph.D. program in Systematic Theology at Boston University. In 1960 he served as pastor of Highland Union Church in Lowell, MA. David received his Ph.D. and became pastor of Harrison Street Church in Wilmington, DE in 1962. In 1963 David joined the faculty of Drew University as Assistant Professor of Preaching and Pastoral Ministry. While at Drew, David pioneered the Church Without Walls project in New York City and the Open House youth outreach center in Ocean City, NJ.

On Easter Day in 1964, David was one of several men who went to jail in Jackson, MS for “disturbing public worship” by attempting to integrate an all-white church. David marched in Selma, AL on March 9, 1965.

In 1965 David helped to found the Academy of Homiletics and lectured there on the New Homiletic. David left Drew in 1968 and joined the United Methodist General Board of Evangelism in Nashville, TN. His book The Renewal of Preaching was published in 1969, as well as the first of the multi-volume Ventures in Worship series.

In 1975 David joined the New York Conference and was appointed senior pastor at Christ UMC in Manhattan, where he served until 1987 when he was appointed to Babylon UMC on Long Island. He retired from parish ministry in 1999.

In the 1980’s David became a trustee of the Appeal of Conscience Foundation. In this capacity, he traveled with his colleagues to Moscow, Vienna, Istanbul, China and Tibet. In 1985 David received his MSW from Yeshiva University. After retirement he begin teaching at the Center for the Arts and Religion at the Graduate Theological Union in Berkeley, CA. In 2005, David served as interim pastor at First Baptist Church in Berkeley. That year, David also received a Lifetime Achievement Award from the Academy of Homiletics. From 2006 to 2009, David was president of Olivet University in San Francisco. In November 2021, Olivet announced that it would honor him with a namesake library on the university’s Washington, DC campus. The David James Randolph Library is currently under construction. Other books David authored or edited include The Renewal of Preaching in the 21st Century, God’s Party, The Swinging Church and The Power That Heals.'

David is survived by his son, David III and daughter-in-law, Judy; his daughter, Tracey and son-in-law. Carlos; his grandson, Anthony; and his nephews, Mark and John Thomas, and niece, Laurie.