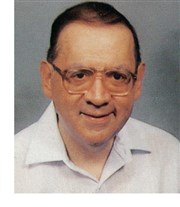 Let us remember with thanksgiving the life and ministry of Rev. Diego Flores, Jr., 83, of Vero Beach, FL who died on Wednesday, July 28, 2021.

Diego was born September 10, 1937 in New York City, the son of Celia Fontanez and NYAC elder Rev. Diego Flores, Sr., who pastored the congregation of First Spanish UMC in Manhattan for 32 years until his death in 1965. Diego attended George Washington High School, City College and Biblical Seminary (now New York Theological Seminary). He was ordained an elder in The United Methodist Church in 1963.

Rev. Flores received his license to preach in 1959 while in school, and in 1962 he was appointed as associate pastor at St. Paul’s UMC in Middletown, NY. In 1964 Diego was appointed to Westhampton UMC on Long Island where he served for 39 years. He retired in 2003.

In April 1964 Diego married Lysbeth Britzke, and together they pastored the Westhampton church. After retirement they relocated to Vero Beach, FL, where Diego became the associate pastor at Templo Magdiel Hispanic Church, serving there until shortly before his death.

He is survived by his loving wife, Lysbeth, and many friends.

A memorial service will be held at a later date.