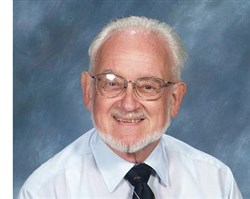 Let us remember with thanksgiving the life and ministry of Rev. Donald Earl Collier, who entered the church triumphant on Sunday, September 30, 2018 in Des Moines, WA.

Donald was was born in Lakewood, OH on February 7, 1935 to Earl and Florence (Dunn) Collier. The family moved to Westchester County, NY when Don was quite young; he always considered himself a New Yorker. Don received his bachelor’s degree from Ohio Wesleyan University and his masters from the Yale School of Divinity.

Don became an elder in the New York Annual Conference in 1960, pastoring Trinity UMC in LaGrangeville, St. Paul’s UMC in Peekskill, and Rye UMC, all in NY. From 1968 to 1974 he served as associate conference program director for the New York Conference and then returned to parish ministry for five years at Meriden UMC in CT. In 1979 he was appointed to United Methodist Communications, where he served as assistant general secretary and later as associate general secretary for the Division of Program and Benevolence. In the mid-1990s Don worked at Creative Connections in Media in Rhinebeck, NY and served as an interim pastor at UMC of Peekskill and at Asbury UMC in Croton-on-Hudson, NY. In 1998 he was appointed to UMC of Peekskill, where he served until his retirement in 2002. After retirement, he also worked as a communications officer for the New York Conference.

Don was a beloved pastor, known for his creative worship and capacity to accept and care for his congregation. Don was active in the pastors’ associations in many of the locales he served. He was also active in social justice causes including civil rights, peace, and women’s rights throughout his life.

Music filled Don’s soul – all kinds of music, both sacred and secular. He loved nothing more than a great organ toccata or a Neil Diamond song. He was often found playing the hymns on either the piano or organ at meetings. Don’s other passion was trains. From his childhood through his senior years, Don loved trains, and often found a way to travel for work or pleasure via the rails. Many of his homes included model train set-ups.

Don loved his family and is survived by his wife, Diane; his daughters, Linda Floren (Randy), and Donna Witts (Tony); his stepdaughter Maurie Wiswell (Christian); his grandchildren, Katherine, Stephen, Drew and Nathaniel; his brother Glenn Collier (Ann) and his first wife, Maybeth Lyman.

Don’s life was celebrated on Sunday, October 21, 2018 at 2:00 p.m. at the Des Moines UMC in Des Moines, WA where Don worshiped and sang in the choir since moving to the Seattle area. Interment will be at Asbury Crestwood UMC, Yonkers, NY in the spring. When the date and time of this service is confirmed we will provide an updated notice and a reminder.

Memorial donations in Don’s memory can be made to the Alzheimer’s Association or United Methodist Committee on Relief (UMCOR). Messages of condolence may be sent to Diane Collier at 816 S 216th St, TC101, Des Moines, WA 98198-6331.