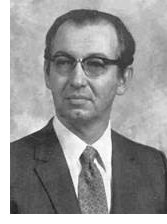 Let us remember with thanksgiving the life and ministry of Rev. Donald Willard Sneller, 92, who entered the church triumphant on Friday, April 5, 2019.

Donald was born on April 2, 1927. He was raised in Burnsville, MN and joined the US Navy at the age of 17, serving on a destroyer escort in the Pacific Theater during WWII. Following his discharge from the Navy, he married Tallie Louise Keahey on October 8, 1946. They opened an electrical contracting business in Waterville and Fairbault, MN, and were called to ministry in 1958. Don served churches in Janesville and Elysian, MN while attending Mankato State College.

Don then served six small churches in the mountains of North Georgia while attending seminary at Candler School of Theology at Emory University in Atlanta, GA. In 1964, with the support of the Methodist Church Board of Missions and the Methodist Women’s Society, he and his wife began to work with the poor in the projects of Atlanta, which began the first real inner city ministry there. While in Atlanta, Don and Tallie became involved with the civil rights movement. In 1966 they moved to St. Paul, MN, where they formed another inner city ministry.

In retirement Don and Tallie moved to North Carolina, where Don served Methodist churches in Windom, Martin’s Chapel and Celo. Following a second retirement, he served as interim pastor at Higgins and Bakersville UMCs.

A celebration of life was held on Thursday, April 11, 2019 at First Baptist Church in Burnsville, NC. Donations in memory of Don may be made to Reconciliation House in Burnsville, NC or Shepherd’s Staff in Spruce Pine, NC. Cards and notes may be sent to: Tallie Sneller, Smokey Ridge Health and Rehabilitation, 310 Pensacola Rd, Burnsville, NC 28714.