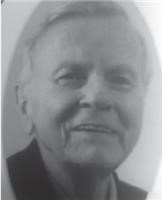 Let us remember with thanksgiving the life and ministry of Rev. Dr. David J. Harper of Trumbull, CT, who died on Saturday, December 17, 2016 following a lengthy illness.

He began his ministry as student pastor of St. Mark’s Methodist in Napanoch, NY, along with Ulster Heights Methodist, a two-point charge. In 1964 he moved to Grace Methodist in Newburgh, NY, where he served as associate pastor for two years. He served for ten years at Summerfield Methodist in Port Chester, NY, during which he trained as a pastoral counselor at the Foundation for Religion and Mental Health and enrolled in the first class of the doctor of ministry program at Drew University Theological Seminary, where he earned his degree in 1975.

Rev. Harper then served Bay Ridge UMC in Brooklyn, NY and Long Hill UMC in Trumbull, CT. In 1978 he married Linda Katherine Welsh, who died in 2007. In 1983 he became a full-time pastoral counselor at Temenos Institute in Westport, CT. He was the treasurer of Temenos Institute and a fellow of the American Association of Pastoral Counselors. He retired in 2006 but continued to serve as a pastoral counselor in retirement, most recently at Nichols UMC in Trumbull, CT.

Rev. Harper had a lifelong love of music and was proficient at the piano and pipe organ. For several years during the 1960’s and 1970’s, he served as organist at annual conference and was the first person to organize a conference sessions choir, which he directed for several years.

He is survived by his beloved wife, Josephine Drogaris Harper; her children, Cathy Ubillus, Peter Drogaris, Karen Schmaling and her husband, Thomas; his devoted sons, Andrew Harper and his wife, Michelle, and Scott Harper and his wife, Deborah; his loving sister, Elaine Damon and her husband, Harold; and eight granddaughters and several nieces and nephews, whom he cherished.

At Rev. Harper’s request, any memorial gifts should be made to the Nichols United Methodist Church. Expressions of sympathy may be made online at www.mullinsfh.com.