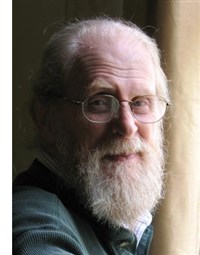 Let us remember with thanksgiving the life and ministry of Rev. Dr. James E. Rush who died on May 22, 2018 in Little Rock, AK.

Jim was born in Ames, IA on January 2, 1941. He received his bachelor of science from Geneva College in Beaver Falls, PA, continued on to Crozer Theological Seminary in PA for his master of divinity, and received his PhD from Hartford Seminary Foundation in CT. As a lifetime student, Jim continued his studies in India, China, Laos, Myanmar, Thailand, Cambodia, Vietnam and throughout the U.S., including Harvard Medical School, Georgetown University, the Tibetan Medical & Astrological Institute of H.H. the Dalai Lama and the University of Hawaii.

Jim was a Methodist minister for over 50 years, receiving his license to preach in 1965 in the Western PA Conference. He was received into the New York Conference in 1968. He served NY Conference churches for 10 years, attending school and pastoring Grace UMC in Newburgh, NY and East Berlin UMC in CT. In 1977 he was appointed associate professor at Philander Smith College in Little Rock, AK, and in 1983 he became a full professor and chair of the Department of Philosophy and Religion. He retired from the New York Conference in 2014.

Jim was known as an expert in global philosophies and religions, formative spirituality, critical thinking, and moral reasoning, as well as the practices of Buddhism, mindfulness, and biomedical ethics. Throughout his career Jim was acknowledged with many awards, including twice receiving the Exemplary Teachers Award from the General Board of Higher Education and Ministry of The United Methodist Church.

He was beloved by his students, faculty and staff. He was gentle, kind, and compassionate toward all those that he encountered. He worked tirelessly to empower his students and to bring altruism and compassion into all that he did and the curriculum that he offered. He was passionate about being of service to others through his teaching, how he lived his life and through his spiritual practices.

Jim was preceded in death by his mother, Thelma Lewers, and his father, Harold Rush. Jim is survived by his wife, Kaycie Marler-Rush; his brother, Dave Rush; and Dave's wife, Jan Rush. He is also survived by his niece and nephew, Jackie Rush and Nicholas Rush.

In lieu of flowers memorial donations may be given to the Jim Rush Legacy Memorial Fund, at www.gofundme.com/drjimrush.