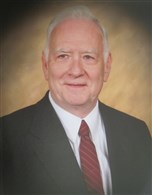 Let us remember with thanksgiving the life and ministry of Rev. Edward Lee Eastman III (Ned), 93, of Oneonta, NY who passed away peacefully on Saturday, December 3, 2022 at his home.

He was born on August 15, 1929 to Edward L. Eastman, Jr. and Alice Dodge Eastman in Elmira, NY. Ned attended Wesleyan University in CT where he earned a BA in philosophy in 1951. He then received an MDiv at the Union Theological Seminary in NYC in 1954.

Ned married Jane Elizabeth Gruver on January 28, 1956, at the First United Methodist Church in Oneonta. Together they served many churches in the New York Conference.

After his retirement in 1992, he and Jane moved back to Oneonta where, together, they were very active until Jane’s passing in 2002. He and Jane enjoyed traveling with Elderhostel, exploring many different countries.

During his years in Oneonta, Ned was an active member of First United Methodist Church, singing in the choir and serving on the board of trustees. Ned briefly taught a CCAL course on Henry W. Longfellow and organized the annual Oneonta Concert Association series. For years Ned, along with close friends Robert Dilts and Mildred Parish, attended the operas at Glimmerglass in Cooperstown. Each summer, Ned spent several weeks on Squam Lake, visiting with family and exploring the mountains and lakes of New Hampshire. Ned spent countless hours researching his genealogy. He documented all this work with many details and stories throughout each of the eight generations, all the way back to the 1600s in Longford, England.

A service celebrating the life of Ned Eastman will be held on Saturday, December 17, 2022, at 5:00pm at the First United Methodist Church at 66 Chestnut Street, Oneonta. In lieu of flowers please consider a donation to FUMC in memory of Ned.

For those who cannot attend, this service will be available via Zoom.
Topic: Memorial Service for Rev. Ned Eastman
Time: Dec 17, 2022 04:45 PM Eastern Time (US and Canada)

Blessings and prayers to the Eastman family at this time of loss.