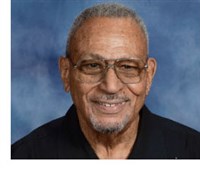 Let us remember with thanksgiving the life and ministry of Rev. Eric L Vernon, 88, who died on Monday, June 10, 2019.

Rev. Vernon was a native of Belize (British Honduras in Central America). His formal education was in Wesley schools and then at Wesley College in Belize City, from which he graduated in 1948. After serving briefly in the civil service, Eric taught mathematics and geography at Wesley College. He became very active in church affairs, serving as leader of the Methodist Youth Congress, a Sunday School teacher and superintendent, and a local preacher (lay servant), all while still in his teens.

He entered Caenwood Theological Seminary in Jamaica, West Indies, graduating in 1956 with a master’s degree in theology. Eric was appointed to four churches in the St. Thomas Parish of Jamaica. He was transferred to Belize and later to Tobago, Barbados, Antigua and St. Kitts in the West Indies. While in the West Indies, he married Harrel Hope Houson and they had three children.

In 1971, Rev. Vernon came to the United States to pursue a master’s degree, majoring in psychology and counseling at Pittsburgh Theological Seminary. He graduated in 1973, also obtaining certification in clinical pastoral education (CPE).

In addition to his wife, Flora, who is a diaconal minister at Asbury UMC in Mt Vernon, he is survived by his children, Norman Vernon (Monika), Andrea Vernon, and Susan Vernon-Devlin (Patrick); as well as by his grandchildren, Jordan, Daniel, Christopher, Dominic and Alexis; his sister, Grace King; his nieces, Caroline Baizer (Henry), Laverne King and Teri Lodise; his stepsons David (Victoria) and Gary Walmsley; and a host of colleagues and friends.