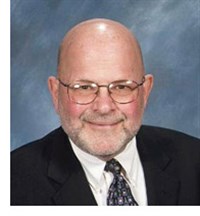 Let us remember with thanksgiving the life and ministry of Rev. George Engelhardt, 78, of Bloomfield CT, who entered the church triumphant on Friday, August 20, 2021. George was born on March 25, 1943 in New Haven, CT, son of Christian and Dorothy (Hungerford) Engelhardt. George grew up in North Haven, CT and was rooted in the New Haven area for his whole life. He was the devoted husband of Carolyn Hardin Engelhardt for over 53 years.

George attended college at Drew University and received a Master of Divinity from Perkins School of Theology at Southern Methodist University in Dallas, TX and a Master of Sacred Theology from Yale Divinity School in New Haven, CT. He started his career as the pastor of the United Methodist Church of Westville. George then served as the pastor at Cheshire United Methodist Church from 1972 to 2001. Following his time at Cheshire UMC, he was the District Superintendent of the Connecticut District of the New York Annual Conference for 8 years. Before retiring, George pastored Easton United Methodist Church and taught some courses at Yale Divinity School. George retired in 2011 and in retirement served as interim pastor at First UMC in Ansonia, CT. George was active in the Methodist Federation for Social Action (MFSA), the reconciling congregation movement, and Cheshire’s Democratic committee.

George was known for being an amazing storyteller and playful father and grandfather. He had a gift for dramatic, wisdom-filled sermons that his congregations greatly appreciated. George greatly enjoyed traveling internationally with Carolyn and exploring natural and historic sites. He loved listening to classical music and singing with the choir. He was an avid reader of fiction and nonfiction, a close follower of the news and weather, and an intricate doodler. As a young adult, George participated in the work of the Student Non-Violent Coordinating Committee and advocacy work for civil and reproductive rights.

In addition to his wife, Carolyn, George is survived by his loving children, Jeffers Engelhardt and his wife, Triin Vallaste, of Pelham, MA; and Hardin Engelhardt and her husband, Ron Wilder, of Cary, NC. George was the proud grandfather of Lacy and Amelia Wilder and Miira and Elli Engelhardt. He was predeceased by his brothers, Charles and Richard Engelhardt.

A celebration of George’s life will be held at the Cheshire United Methodist Church. Details will be announced at a later date. The Alderson-Ford Funeral Home of Cheshire has been entrusted with his care. To leave online condolences for his family or to share a story of George, please visit www.fordfh.com.

In lieu of flowers, the family requests donations to MFSA or the Mission Fund at Cheshire United Methodist Church.