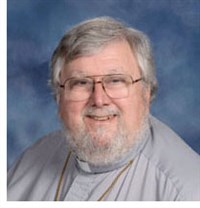 Let us remember with thanksgiving the life and ministry of Rev. Gordon Raymond Bienvenue, 74, of Athens, GA, who died on Thursday, February 6, 2020 at St. Mary’s Hospital in Athens.

Gordon was born on October 11, 1946 in Fall River, MA, the son of Raymond Bienvenue and Yvette Chouinard Bienvenue.

Following graduation from Monsignor Prevost High School in Fall River, Gordon attended the University of Massachusetts. He later received his MS at Michigan State University and his PhD in speech pathology and audiology at Pennsylvania State University. He served as a captain in the US Army and was stationed at Fort Sam Houston in San Antonio, TX.

Gordon and his family lived in New Paltz and attended the New Paltz UMC. One member recalled his being very spiritual and gentle; he led informative adult Bible study classes that helped her settle into learning to be a Methodist as she was joining the church.

Gordon retired in 2012, and after retirement he and his family moved to Athens, GA. There he was active with St. Gregory the Great Episcopal Church, leading the Rhythms of Grace service once a month, and teaching classes on icons.

He is survived by his wife, Katie Bienvenue; his children: Blaise; Breton and wife, Maria DiFrancesco; Danielle Bray and husband, John; and his grandchildren, Giona Bienvenue and Dan and Sadie Bray.

In lieu of flowers, donations may be made in Gordon’s name to St. Gregory the Great Episcopal Church.