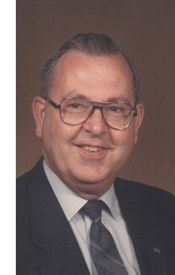 Let us remember the life and ministry of Rev. J. Philip Gehres of Newark, DE, who died on Saturday, November 25, 2017 at Arden Courts of Wilmington, DE. He was 84.

Born in Huntington, WV, Phil was raised in Lancaster, OH, and attended Ohio Northern University. He pursued a calling to the ministry and served his first parish as a student pastor at Harrod (Ohio) Methodist Church. In 1955 he relocated to the New York Conference where he served churches in Grand Gorge and Gilboa while completing his master of divinity degree at Drew University in Madison, NJ. In the early years of his ministry he also served North Blenheim, Conesville, Manorkill and West Conesville.

Beginning in 1960 Reverend Gehres lived in Hobart, NY while serving as pastor of the Hobart and Township UMCs. In 1978 he was appointed to Floral Park UMC on Long Island, where he also served for 18 years. He retired to Delaware in 1996 with his beloved wife, Gerry Gehres, who predeceased him on September 15, 2017.

A very active and dedicated member of the Lions Club International both in New York and Delaware, Phil was especially proud of his volunteer service as a courier for Lions Eye Bank and his tenure as district chaplain. Phil and his wife traveled extensively throughout the United States, completing several cross-country "road trips" along the Route 66, Route 50, Route 40, and US 30 corridors, as well as many coastal tours of lighthouses.

In addition to his wife, he was predeceased by his parents, Joseph and Ina Gehres; his sisters, Hope Johnson and Judy Doner; his brother David Gehres; and his son Stephen Gehres.

A private graveside service was held on Wednesday, November 29th, at the historic Barratt’s Chapel Cemetery in Frederica, DE, honoring his life-long affiliation with The United Methodist Church.

Friends may honor Phil's years in the ministry and his dedicated service to the Lions Club International by making a memorial contribution to their local church or the Lions Club. Messages and cards may be sent to the family through his daughter, Deborah Van Varick, 16 Eagle Nest Road, Newton, NJ 07860.