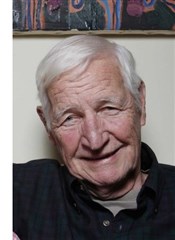 Let us remember with thanksgiving the life and ministry of Rev. Dr. John C. Raines, 84, of Philadelphia, PA who died on Sunday, November 12, 2017 of congestive heart failure.

Rev. Raines was born in Minneapolis, MN on October 24, 1933, to Richard C. Raines (who served as bishop of the Indiana Conference of the Methodist Church from 1948 to 1968) and Lucille (Arnold) Raines. He graduated from Shortridge High School in Indianapolis, IN and Carleton College in Northfield, MN, and earned a master of divinity and a doctorate in theology from Union Theological Seminary in New York.

Rev. Raines was ordained in the New York East Conference in 1959 and served Setauket UMC in NY until 1961. While doing graduate work in theology he was drawn to social activism, traveling with the 1961 Freedom Riders to Little Rock, AR, where he was arrested and jailed while trying to integrate a bus station. He continued to work for integration and voting rights over the next several years. During a school summer break Rev. Raines met his future wife, Bonnie Muir, who shared his commitment to social activism.

Rev. Raines was appointed a professor of religion and social ethics at Temple University in Philadelphia, PA in 1966 and taught there until his retirement in 2011. He retired from The United Methodist Church in 2004.

In 1971 thousands of documents were stolen from an FBI field office in Pennsylvania. The burglars distributed these files, which documented illegal FBI surveillance and sabotage of dissident groups, to journalists and members of Congress, and they sparked a Congressional investigation into abuses in the intelligence community. The Raines’ participation in the burglary was not revealed until almost 40 years later; additional details can be found in his obituary in The New York Times.

In addition to his wife, Rev. Raines is survived by their daughters, Lindsley and Mary; their sons, Nathan and Mark; a brother, Robert; and seven grandchildren. A memorial service was held on December 2, 2017 at Christ Church in Philadelphia, and burial was private. Memorial donations may be made to the Southern Poverty Law Center or the ACLU.