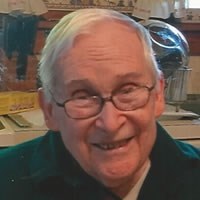 Let us remember with thanksgiving the life and ministry of Rev. Joseph N. Ary, 88, a resident of Copake, NY who died at the Greer Nursing and Rehabilitation Residence in Canaan, CT on Sunday, July 10, 2016.

Rev. Ary attended a one room schoolhouse through eighth grade and was a graduate of Xenia Central School, class of 1946. He graduated from Ohio State University in 1950. After his graduation he taught vocational agriculture in Lost Creek, OH. Joseph served with the United States Army as a corporal during the Korean War from 1952 to1954.

Upon his discharge from the Army he entered Drew Seminary and graduated with a master of divinity in 1957. His first charge appointment was to the Copake and Craryville United Methodist churches. He later served United Methodist churches in Ossining, Red Hook and Milan, NY. Rev. Ary’s last appointment was Walton, NY prior to his retirement in 1990. Following his retirement Joseph moved back to Copake.

For several years after his retirement Joseph helped his son doing carpentry work just as he had helped his father when he was a boy. He also continued his ministry by assisting his longtime friend Rev. Gerry Pollock in serving churches in Pawling and Poughquag, NY. Rev. Ary was a member of the former Hillsdale Lodge #612 of Free and Accepted Masons.

Joseph is survived by his wife, Faye, whom he married in September 1952. In addition to his wife he leaves a son and daughter-in-law, Joe and Dru Ary of Hillsdale, NY; two granddaughters, April Jo Whalen and husband Dave of Millerton, NY and Hollie Ary and fiancé Bryan VanTassel of Claverack, NY; and two great grandsons, Riley and Parker Whalen. He was pre-deceased by his daughter, Lynn Rachel Ary, in 2011 and a sister, Marcella Shaw.

Funeral services were held on Friday July 15, 2016 at the Copake United Methodist Church with the Rev. David Rogers officiating. Interment was in the Copake Cemetery.