The Reverend Judith A. Bennett

The Reverend Judith A. Bennett 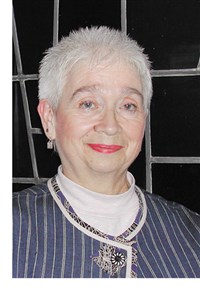 Let us remember with thanksgiving the life and ministry of Rev. Judith Ann Bennett, 87, of Shelton, CT who died on Saturday, February 26, 2022. Judy was born on September 7, 1934 in Portland, OR.

Judy attended Portland State University, studying English and elementary education, and Willamette University in Salem, OR, where she studied philosophy and religion. She married David W. Bennett in 1953 and they moved to the east coast. She received a B.A. from Mount Saint Mary College in Newburgh, NY, while working as a news editor, reporter and photographer for a weekly newspaper, The Cornwall Local, and raising her four children.

During her years in Cornwall, NY, she founded The Wesleyan Dancers, a liturgical dance ensemble. They performed in churches throughout the Hudson Valley. She also taught modern dance at the Storm King School in Cornwall-on-Hudson, NY. Judy felt called to ministry and attended Drew Theological School in Madison, NJ, while serving as pastor at Gladstone UMC in Gladstone, NJ. She received her Master of Divinity in 1977. She later returned to Drew and earned a doctorate in sociology of religion.

In 1976 Judy became a provisional member of the New York Conference, and in 1979 she was ordained an elder. From 1977 to 1989, she served as pastor of four NY Conference churches: Inwood UMC, Fourth Avenue UMC in Brooklyn, First UMC in Jamaica, Queens and Goshen UMC.

Beginning in 2001, Rev. Dr. Bennett was adjunct faculty at the Samuel DeWitt Proctor School of Theology at Virginia Union University, where she taught curriculum theory and design, philosophy of education, and church and community for students in the M.Div., MACE and D.Min. programs. Her “passion for the life-giving, life-renewing nature of the gospel” led her to offer leadership to many organizations around the Commonwealth of Virginia, notably the Elizabeth Project, the Center for Women in Christian Leadership, and Friends of Incarcerated Women, working to call attention to issues affecting women and children. She was passionate about causes pertaining to gender, racial and social justice, and the environment, and was a role model and mentor.

Judy retired from teaching in 2015. The following year she moved to Shelton, CT and was honored with the title "Theologian in Residence" at Mary Taylor Memorial United Methodist Church, where she remained active through 2020. Although she spent many years in Virginia, Judy remained beloved by those in the New York Conference.

Judy is survived by her four children: Stephen Bennett, John Bennett, Joanna Bennett, and Jim Bennett, and their spouses, seven grandchildren, one great grandchild, and her beloved cat, Louie. She was preceded in death by her sister, Lucille Sheets, and brothers, Arthur Marshall and Rex Fagalde, as well as a parade of dogs and cats she met and loved along the way.

A memorial service will be held at 11:00am on Friday, April 29, 2022 at Good Shepherd UMC in Richmond, VA. In lieu of flowers, donations may be made in her honor to The Resource Center or to your local SPCA.