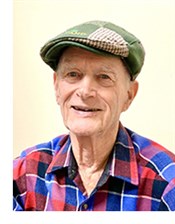 Let us remember with thanksgiving the life and ministry of Rev. Landon Kirkman Owen, Jr., 89, who died on Sunday, August 9, 2020 at Cartaret Healthcare in Morehead, NC. He was born on June 15, 1931.

Landon received his license to preach in the New Jersey Conference, where he served Bayville UMC. He was ordained an elder in the New Jersey Conference in 1957 and moved to the New York East Conference the same year. In New York, he served Bayport and Whitestone UMCs on Long Island. After training at the Norman Vincent Peale Institute in New York City, he began a career in extension ministry in 1970. He served as director of Mead Pastoral Counseling Center in Greenwich, CT and Stamford Pastoral Counseling Center in Stamford, CT before relocating in 1974 to Green Bay, WI, where he served at the American Foundation of Religion and Psychiatry for 23 years. Landon retired in 1996.

Landon is survived by his wife, Grace Van Aken Owen of Morehead City, NC; and by his children, April Hope Owen; Holly Lee Owen-Pauers and her husband, Dr. Randy Pauers, of New Berlin, WI; and Landon “Keith” Owen and his wife, Mary Ann, of Chantilly, VA. He is also survived by his brother, Wayne Pennington Owen and his wife, Christy, of McKinney, TX; and by five grandchildren: Keith Denis and his wife, Samantha, Richard Denis, Melissa Hope Owen, Emily Owen and Leah Hope Pauers; and by one great-grandchild, Delilah Rae Denis. Landon was preceded in death by his parents, Landon Kirkman Owen, Sr. and Alice Grove Owen.

In lieu of flowers, memorial donations may be made to the National Kidney Foundation, Inc. 30 E. 33rd St, New York, NY 10016. A private family memorial service will be held at a later date. Family and friends are welcome to submit online condolences, and the family has asked to please remember Landon through an act of kindness to others.